ABUJA, May 9 (AFP) — The chairman of the African Union, President Olusegun Obasanjo of Nigeria, met the body’s top official and his Chadian counterpart Idriss Deby on Tuesday to discuss plans to restart AU-sponsored peace talks on the crisis in the Sudanese region of Darfur. 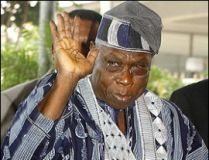 “The meeting was in the context of the Sudanese crisis. We are trying to jump-start the peace talks in Abuja,” Obasanjo’s spokewoman Remi Oyo said in a brief comment before Obasanjo, Deby and the AU’s executive chairman Alpha Oumar Konare left Abuja airport on separate flights.

Under Obasanjo’s chairmanship the African Union has been trying to end the two-year-old civil war in western Sudan by bringing the Khartoum regime and Darfur’s two main rebel groups together in the Nigerian capital Abuja for a series of peace conferences.

Previous rounds of talks have, however, proved inconclusive. Nigeria has said that it hopes to relaunch the dialogue later this month.

The leaders of Egypt, Chad, Libya, Nigeria and Sudan will meet in the Red Sea resort of Sharm el-Sheikh for two days from May 14 as part of an effort to persuade Khartoum to comply with UN resolutions on Darfur calling for an end to the government’s scorched earth policy in its war on the rebels.