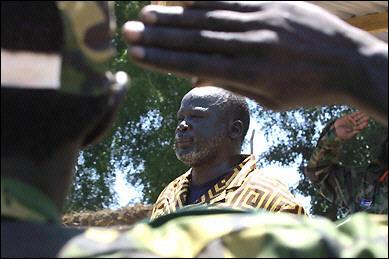 “We have opened this round of talks and the committees will start discussing tomorrow (Tuesday),” Sumbeiywo told AFP by phone from the lakeside town of Naivasha, 90 kilometres (50 miles) from Nairobi.

This round of talks between Khartoum and the Sudan People’s Liberation Army (SPLA) will focus on issues of wealth-sharing, power-sharing and the status of three disputed regions of a country ravaged by war since 1983.

On September 25, the two sides signed a deal on security arrangements during a six-year interim period due to come into effect once a comprehensive peace accord is signed.

Sudanese President Omar al-Beshir on Monday in Khartoum praised the southern rebel leadership for dramatic progress in negotiations in Kenya and said only a short stretch remained for ending 20 years of civil war.

“The security arrangements agreement is the main key to peace and to unity as well,” Beshir said at the opening of a new session of the Sudanese National Assembly, or parliament.

The security deal clinched late last month in Naivasha, Kenya, has broken a stalemate that followed the landmark protocol the two sides signed in July last year in the Kenyan town of Machakos, Beshir said.

The war, which has claimed 1.5 million lives, takes place against a background of domination of the mainly animist and Christian south by the Arabised, Islamic north, but has become increasingly driven by a fight for control of natural resources, notably oil.

October 20, 2021 (JUBA) –Threats against parties signatory to South Sudan’s revitalized peace agreement could undermine the implementation of the peace accord, a civil...