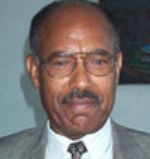 “Some 20 people, some of whom were elected members of parliament, were forcibly taken as they left the main office of the CUD on Friday,” CUD Chairman Hailu Shawel told reporters.

“What has happened today is an attempt to destroy CUD and an escalation of the harassment of members of the opposition party.”

An official with the Ministry of Information had no comment except to say that those arrested had been released.

Tesfaye Aga Oda, a MP from northern Shoa, said security forces seized him on the street as he was leaving the CUD office in the capital Addis Ababa.

“I was kicked on the stomach and chin and I was asked to sit on the ground,” he said. “I am an elected member of parliament, I have done nothing wrong.”

Tesfaye said he was released after police confiscated his parliamentary identity card and other documents.

A disputed May 15 parliamentary election triggered opposition allegations of fraud and protests in which police killed 36 people.

Some 109 elected MPs from CUD, which boycotted parliament in protest against election results that gave victory to the ruling party, have been stripped of their immunity from prosecution.

Prime Minister Meles Zenawi has repeatedly accused the opposition of plotting to incite violence and topple his government. Some 900 opposition party members have been arrested over the past month, the CUD has said.

CUD MPs boycotted the opening session of parliament, in which Meles was elected to a third term as premier, and have said they will not join until a series of demands are met.

The political deadlock and reports of arrests prompted the European Parliament earlier this month to warn of possible cuts in development aid to Ethiopia unless the “persecution and intimidation” of opposition groups came to an end.

The European Union is one of Ethiopia’s biggest donors, giving an estimated $490 million in development aid annually to a country which is Africa’s top coffee producer.