Sudan may consider UN role in Darfur after peace – Taha

Mar 8, 2006 (BRUSSELS) — Sudan may consider allowing a UN mission into the Darfur region once a political settlement to the conflict in the area is reached, Sudanese Vice-President Ali Osman Mohamed Taha said on Wednesday. 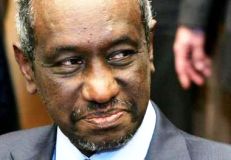 “If there is a political settlement then by way of providing guarantees to make the settlement hold, then we can look into the role of the UN there and then,” he told Reuters.

Earlier, Western powers sought to persuade Sudan to agree to an African Union force being turned into a more robust UN mission to stop killing in the Darfur region.

Pressure is mounting for greater Western involvement to end violence and a humanitarian crisis in Darfur.

Tens of thousands of people have been killed in Darfur, in western Sudan, in a conflict which began three years ago when mostly non-Arabs rebelled, accusing Khartoum of neglect. Rape, killing and looting have driven 2 million from their home.

“We have come to agree with those whom we met here that there is need to give Abuja priority, because we do believe that the political resolve in the conflict in Darfur is key,” said Taha, referring to stalled negotiations with Darfur rebels in the Nigerian capital Abuja.

The EU, U.S. and Sudan also agreed “that the AU should be given help and support, so that it can perform and enhance security situation in Darfur in the meanwhile,” Taha added.

He was talking after a meeting with U.S. Deputy Secretary of State Robert Zoellick at the end of the day-long talks.

Both Solana and U.S. Deputy Secretary of State Robert Zoellick urged the AU to decide to hand over its mission to UN command when it meets on Friday in Addis Ababa.

“We very much encourage them to take that step,” Zoellick told reporters in the afternoon, adding the continuing violence pleaded for the United Nations to step in.

Taha said “we don’t see why the handover should be made at this point of time,” and it would distract attention from resolving the conflict in the Abuja talks.

“We are conscious that time is not on our side. We must go quickly, we must go very quickly,” AU Commission Chairman Alpha Oumar Konare, who joined the talks, told reporters.

The U.S.-led NATO alliance said it would be prepared to consider a supporting role if requested by the AU or the United Nations but there was no intention to put a NATO force on the ground.

A NATO spokesman said after Zoellick met NATO Secretary-General Jaap de Hoop Scheffer they a0greed on the importance of an enhanced UN mission which would have an important African component and be under African leadership.

Konare said the AU would on Friday bear in mind the importance of partnership with the United Nations, the need for African leadership and respect for Sudan, which has been lobbying AU states to reject the changeover.

Shouting “Down, Down USA”, thousands of Sudanese protested in Khartoum on Wednesday against any deployment of UN troops in the western Darfur region. But both Solana and Zoellick played down the importance of the demonstration.

Britain calls on Sudan to reconsider expulsion of UN officials