June 5, 2006 (UNITED NATIONS) — The U.N.’s top peacekeeping official will lead a joint mission with the African Union that will help prepare for a revamped international force in Darfur, the U.N. said Monday. 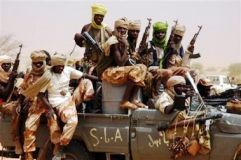 Jean-Marie Guehenno, the undersecretary-general for peacekeeping, will join other senior U.N. and African Union officials on the mission, U.N. spokesman Stephane Dujarric said.

The team will study how to beef up a 7,000-troop African Union force in Darfur now that it has been temporarily charged with helping implement a May 25 peace deal between the Sudanese government and the main rebel group in Darfur.

It will also help prepare for a possible U.N. takeover of the mission. The African Union force has largely been unable to stop the violence in Darfur, and countries including the U.S. and U.K. have all pushed for the U.N. to take control.

A three-year rebellion and counterinsurgency in the western region has cost nearly 200,000 lives and has displaced 2.5 million people.

Dujarric said the mission will be “an important step in the ongoing cooperation between the government of Sudan and the international community and in their collective efforts to bring peace, stability and prosperity to Sudan.”

The team will visit both the Sudanese capital Khartoum as well as Darfur. It was not immediately known when the assessment team would head to Sudan.

But the assessment had been delayed because Sudan refused to grant visas for the mission. The deadlock was broken after a visit by a top U.N. envoy last week.