July 30, 2006 (NABANGA, Sudan) — The leader of Uganda’s Lord’s Resistance Army rebels failed to appear at peace talks due to take place on the Sudan-Congo border on Sunday, instead sending his 14-year-old son as a gesture to placate mediators. 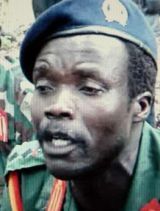 The rebels said Joseph Kony, who has lead the LRA uprising in northern Uganda for 19 years and is internationally wanted, would meet delegates from Uganda and southern Sudan at a remote clearing on the border on Monday.

They blamed rain for the delay.

Kony’s LRA insurgency has displaced more than two million people in the region and killed tens of thousands.

An LRA spokesman, Obonyo Olweny, said by satellite telephone that Kony had been delayed by the bad weather.

Accompanied by about 20 rebels, Kony’s sons Salim Saleh arrived at the clearing where the group was waiting before disappearing back to rebel camps in the dense eastern jungles Democratic Republic of Congo (DRC).

The boy, who wore black gumboots and a red top, did not deliver any message to about 40 members of a delegation hoping to persuade the LRA commanders face-to-face to end their war.

South Sudan’s Vice President Riek Machar said the talks had been postponed because the rebels needed more time to consult with an advance party of five cultural and religious leaders from northern Uganda who went to their camp on Saturday.

“They want to probably formulate a position, which is good for the peace talks,” Machar, who is leading the mediation efforts, said at Nabanga, an outpost on the Sudan-Congo border.

Delegates waited for six hours at the clearing before they returned to their camp after Kony did not turn up.

The rebels also let an officer from the United Nations children’s agency UNICEF visit them in the Congolese bush.

The officer said she met a group of 105 young women, children and babies from the LRA, who said they wanted to return home with the rest of the rebels when a peace pact is signed.

UNICEF has donated kitchen utensils to the young women to help them improve conditions for children in the rebel camp.

Ethiopia says Egypt is not an enemy despite Nile Water dispute