Sept 4, 2006 (ADDIS ABABA) –The African Union re-affirmed a decision to terminate its peacekeeping mission in Sudan’s troubled western Darfur region by month’s end but said it would consider extending the mandate. 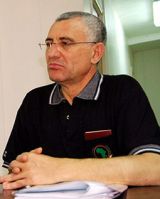 At the same time, the cash-strapped pan-African body renewed its call for the United Nations to take over the operation, despite fierce opposition from Khartoum and its suggestion the AU force should leave by September 30.

Said Djinnit, the commissioner of the AU Peace and Security Council, said the panel had agreed the mandate of the AU force should expire on September 30 as initially foreseen, but added the body could re-visit its future.

“We are not in a position to tell the world whether we are going to stay or leave, but we stick to our decision as it was decided by the heads of state that there is a need to transfer the peacekeeping duties to the UN,” he said.

Djinnit told reporters African foreign ministers would meet in mid-September on the sidelines of the annual UN General Assembly to consider a Sudanese request for “clarification” of the mandate and an extension of the AU mission.

“We are going to meet on September 18 … to consider the request of the Sudanese government for clarification,” Djinnit said after a special Peace and Security Council session at AU headquarters in the Ethiopian capital.

However, diplomats said it was unlikely the overwhelmed AU mission in Darfur could be extended without a major infusion of donor funds.

Earlier, Sudan had asked the African Union to further explain its end of September expiration for the force’s mandate after having suggested that it should leave Darfur before September 30.

Khartoum also requested an explanation for the AU call to turn the mission over to the United Nations, which the Sudanese government vehemently opposes.

Sudan’s envoy to the African Union, Al-taib Ahmed, said reports Khartoum had demanded the withdrawal of the AU operation by the end of September were incorrect and suggested the mission could remain if its mandate is extended.

“What is reported in the media is totally distorted,” Ahmed told reporters here. What the Sudanese government is asking for is a clarification from the AU if it is unable to continue its mission after September 30, and an explanation of the repeated statements of the AU on the transfer of mission to the UN.”

Despite intense international pressure and a UN Security Council vote last week authorizing the world body to take over, Sudan has refused to agree and on Sunday said it would assume full control of security in Darfur when the AU leaves.

Shilluk in USA appeal against land grab in Upper Nile