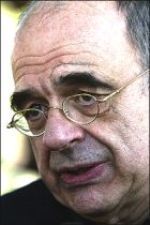 At the same time, the United Nations said the envoy, Jan Pronk, would make a brief symbolic return to Khartoum next month despite a government declaration he was “history.”

Pronk, a former Dutch cabinet minister, gave his last briefing to the U.N. Security Council, days after being told by Sudan he was persona non grata for writing on a personal Web site that the Sudanese army lost two major battles to rebels in Darfur and morale was low.

He will be allowed to return to the Sudanese capital next month to hand over his duties to deputy Taye Zerihoun and will keep his title as special representative to Sudan until the end of the year, when his contract runs out, U.N. officials said.

While U.N. Secretary-General Kofi Annan alone has the power to dismiss one of his special representatives, “he also realises that at a critical time in the Darfur negotiations, it is important that we preserve a good working relationship with the government of Sudan,” U.N. chief spokesman Stephane Dujarric told reporters.

Sudanese Ambassador Abdalmahmood Mohamad, who declared on Thursday that “For us Mr. Pronk is history,” called the arrangement “a face-saving formula” for the United Nations.

Pronk told reporters he thought he was expelled not for his blog but for his “incessant criticism” of the authorities, who hoped to silence him. Diplomats said Sudan was surely aware that he was leaving at the end of the year anyway.

More than 200,000 people have been killed and 2.5 million driven from their homes to live in camps since the start of fighting in Darfur in 2003.

The conflict has pitted mostly non-Arab rebels against the Arab-dominated government and mainly Arab Janjaweed militia accused of murder, pillaging and rape. It has rolled on despite a peace deal and government promises to end the conflict and protect camp residents.

Pronk told the closed-door council meeting the government was still seeking a military solution to the Darfur conflict and “continues to violate the Darfur peace agreement.”

“Security Council resolutions forbidding offensive air operations are being neglected. Instead of being disarmed, militia and Janjaweed are being incorporated into the paramilitary Popular Defence Forces,” he said, according to a text of his remarks distributed to reporters.

A former Dutch parliamentarian and cabinet minister, the 66-year-old Pronk has been in his post for two years.

Earlier blunt comments have landed him in hot water with the United Nations and the Sudanese, and he had agreed in July to step down at the end of 2006 and not seek a new contract.

The latest flap came at a delicate time for the United Nations, which is pushing hard to send a U.N. peacekeeping mission into Darfur despite fierce government opposition. The U.N. force would relieve a smaller and underfinanced African Union force now in Darfur that world governments have judged ineffective.

Sudan and JEM agree on peaceful resolution to Darfur conflict

AU’s Faki is advised on Sudan by official close to al-Bashir: letter

Sudan opposition’s NUP will not dialogue alone with government: official