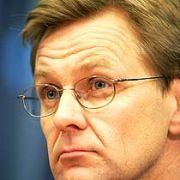 Spiraling violence in the conflict-wracked region of western Sudan is reaching its worst level since fighting erupted more than three years ago, said Jan Egeland, the U.N. undersecretary-general for humanitarian affairs.

“The government and its militias are conducting inexplicable terror against civilians,” he said in an Associated Press interview.

“I sense an eerie return to the feeling of late 2003,” said Egeland, who has played a major role raising international awareness about the crisis in Darfur.

He spoke to the AP just after returning from his last trip to the area before his term as U.N. humanitarian chief ends in December.

“The government is arming Arab militias more than ever before. The angst is that we may be reverting to the same level of violence” as in 2003, he said.

More than 200,000 people have died and 2.5 million forced to flee their homes since fighting broke out after ethnic Africa tribes rebelled against the Arab-led government. Janjaweed, Arab militias supported by the government, are believed to be responsible for many of the atrocities.

U.N. officials and humanitarian workers have said that violence has increased since the government and one of several rebel groups signed a peace agreement in May.

“Civilians are being killed as we speak,” Egeland said, warning that the crisis “still has the potential of becoming infinitely worse.”

At a separate press conference, Egeland said aid workers’ ability to carry out their humanitarian mission is “crumbling” because of the violence. But he expressed hope that the Sudanese government’s agreement for a mixed U.N. and African Union force would finally allow for “an effective international force” to be deployed in Darfur.

The agreement in principle reached Thursday between Sudanese envoys and the U.N. and AU for a mixed peacekeeping force raises hopes that a measure of stability could be returned to Darfur. But that agreement comes after President Omar al-Bashir expressed opposition repeatedly in recent months to the deploying of a U.N. force in the area, even describing it as a neocolonialist plot.