Dec 7, 2006 (KHARTOUM) — The only rebel group who signed a peace deal with the Sudanese government has denied planning to attack the capital of North Darfur in participation with the other holdout rebel groups as the AU alleged. 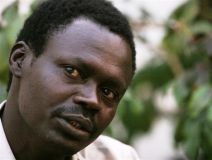 Minni Minawi, the senior presidential aide and leader of a SLM faction, stressed that his group was committed to the Abuja peace agreement signed with the Sudanese government. He also reiterated his attachment to the ceasefire agreement.

Minawi made this statement on Thursday following a statement by the African Union on Tuesday 5 December accusing a coalition of Minawi group with another Faction of the SLM and JEM of planning to attack AU headquarter in Al-Fashir.

Minawi called on the African Union to issue a statement to clarify the source of this unfounded information.

“We urge the African Union to issue a clarification statement as to the source of these rumors because there was a statement by AU that said that the Sudanese Liberation Movement had decided to invade Al-Fashir. This is not true.” Adding “We signed the agreement and are committed to the cease-fire and the Abuja agreement.”

He said that the investigation would reveal who was involved in these events.

Minawi requested the parties that signed the Abuja agreement – the Sudanese government– to commit themselves to the security and military provisions and put an end to security violations.

According to the signed peace deal, the Sudanese government has to disarm the Janjaweed militia.

Minawi issued a veiled threat Tuesday to pull out of the peace agreement if Khartoum-backed militias continue to be armed and to attack civilians.

The Janjaweed militia began looting the central market in el Fasher on Monday. SLM-Minawi troops stationed in the north Darfur capital clashed with the militia.

Ethiopia secures over $622m from exports