Feb 28, 2007 (GENEVA) — Angelina Jolie says it is about time that those responsible for crimes against humanity in Darfur face international justice. 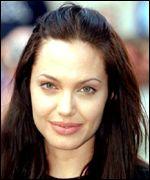 “Today, many refugees seemed to have a new sense of hope and they want to see those guilty brought to trial,” said Jolie, who completed a two-day mission to a refugee camp for Darfurians in neighboring Chad on Tuesday.

The Geneva-based U.N. High Commissioner for Refugees released a statement with her remarks Wednesday.

The Academy Award-winning actress and U.N. goodwill ambassador, who crossed a Saharan sand storm to get to the 26,000-person Oure-Cassoni camp, welcomed the first accusations by the International Criminal Court’s prosecutor against individuals for war crimes in the four-year-old Darfur conflict.

“It’s always hard to see decent people, families, living in such difficult conditions,” Jolie said after reaching the camp. “What is most upsetting is how long it is taking the international community to answer this crisis.”

On Tuesday, the ICC’s chief prosecutor linked Sudan’s government to atrocities in Darfur, naming a junior minister as a war crimes suspect who allegedly helped recruit, arm and bankroll the murderous desert fighters known as the janjaweed. A janjaweed militia leader was also named in the case.

The conflict has claimed more than 200,000 lives and displaced 2.5 million people. Fighting erupted in February 2003 when ethnic African tribesmen took up arms, complaining of decades of neglect and discrimination by the Khartoum government. Sudan’s government is accused of unleashing the Arab janjaweed, which is blamed for widespread atrocities against ethnic African civilians in Darfur.

“In order to feel safe enough to return home, these people said they would need to know that the men who attacked them had been stripped of their weapons,” Jolie said. “This is a very important day for international justice. The decisions of the ICC could make a big difference in the lives of these women and their children.”

A Government Garrison was an Eyewitness