Egypt, Arabs not willing to pressure Sudan on Darfur

May 7, 2007 (CAIRO) — Western countries looking for ways to pressure Sudan to curb violence in Darfur have had trouble getting support from the country’s Arab neighbors.

Egypt, whose president met Monday with Sudan’s leader, has the greatest influence in the region, but analysts say that without real U.S. pressure, Cairo is unwilling to push Khartoum for fear of jeopardizing its access to the Nile River. 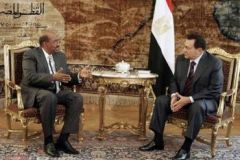 Monday’s meeting did produce a call by Egyptian President Hosni Mubarak for Khartoum to pursue a comprehensive Darfur peace deal. But this sentiment echoes Sudanese President Omar al-Bashir’s position that a more inclusive peace agreement — rather than the U.N.’s plan to deploy a large number of troops in the region_ should be the way forward on war-torn Darfur.

A peace agreement was signed last year between the Sudanese government and one rebel group, but it has failed to stop the violence and other rebel factions have rejected the deal, saying it is insufficient.

Egyptian presidential spokesman, Suleiman Awad, told reporters Monday that Egypt would only send additional army and police forces to Darfur if a peace deal is reached. Egypt announced last month that it would send 750 troops and 130 military supervisors in the next phase of U.N. troops sent to Darfur, but Awad’s statement indicated Egypt was placing conditions on that offer.

“Mubarak emphasized that Egypt sees no use of some international powers’ inclination for increasing pressure on Sudan,” Awad told reporters.

Mubarak — who also spoke about Darfur during a telephone call with U.S. President George W. Bush on Monday — emphasized that dialogue, not sanctions could solve the conflict, Awad said. Egypt has opposed U.S. threats of sanctions against Sudan if the government doesn’t allow U.N. peacekeepers in Darfur.

Al-Bashir agreed in November to a U.N. plan to strengthen an ill-equipped and understaffed African Union peacekeeping force in Darfur but has staunchly opposed the third phase — a 20,000-strong “hybrid” U.N.-AU force.

After five months of stalling, the Sudanese leader recently gave the go-ahead for the plan’s second phase of 3,000 U.N. troops, police and civilian personnel and six attack helicopters.

Analysts say one main reason Cairo is happy to support the Sudanese government is to preserve its access to the Nile River, which runs through Egypt, Sudan and seven other African countries.

Eric Reeves, a Sudan expert at Massachusetts-based Smith College, said that by backing Sudan in the face of international pressure, Egypt ensures Khartoum will do everything it can to prevent southern Sudan from voting for independence in a 2011 referendum. The vote is part of a 2005 peace agreement that ended Sudan’s 21-year civil war.

“What it (Egypt) sees in the present regime is a regime beholden to it on many accounts,” Reeves said.

The Nile’s two main tributaries — the Blue Nile and White Nile — merge in Sudan near Khartoum. The Blue Nile originates in Ethiopia, but the White Nile flows through southern Sudan. Egypt fears that an independent southern Sudan could jeopardize some of Cairo’s supply of water from the Nile.

The Sudanese government, meanwhile, is against secession because much of the country’s oil is located in the south.

“What you see is a convergence of interest between Cairo and Khartoum,” at the expense of the Sudanese people, Reeves said.

Despite occasional calls from U.S. officials for Egypt to support the U.N.’s plan in Darfur, experts say Washington is unwilling use its considerable leverage to alter Cairo’s behavior.

“The U.S. relationship with Egypt in other areas, like the Israeli-Palestinian peace process, is so central, so strategic, the U.S. doesn’t want to hint at jeopardizing those other issues,” said Tom Cargill, a Sudan specialist at the British think-tank Chatham House.

The U.S.-led war in Iraq has also reduced America’s ability to pressure Egypt and other Arab states over Darfur, said Alex de Waal, a British expert on Sudan at the New York-based Social Science Research Council.

“The very high rhetoric coming out of Khartoum has allowed Bashir to play the Arab nationalist card,” he said. “This has gone down well with the Arab public given Iraq.”

The Sudanese government has also raised fears that the arrival of U.N. forces in Darfur would signal the return of colonialism in Africa.

Hassan Mekki, the head of Africa University in Sudan, said Cairo won’t pressure Khartoum because: “Egypt is afraid what has happened in Iraq will happen in Sudan.”

Abyei youth group disputes being part of the north