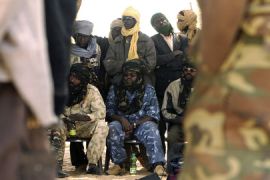 Edward Lino, head of SPLM committee for Darfur rebel groups, said that all the participants in the talks organized with Darfur rebel groups left Juba. The rebels, who attended a consultation in northern Tanzania, were invited by the SPLM to discuss in depth the points adopted during Arusha meeting.

Juba meeting was attended by the United Front for Liberation and Development (UFLD), and the Sudan Liberation Movement (SLM) faction of Ahmed Abdelshafi. The Justice and Equality Movement, the SLM faction of Abdella Yahya and the SLM commanders declined the invitation.

Sudanese First Vice President Salva Kiir told the rebels during a meeting on August 8, that peace in Darfur can only be achieved if there was a unified position and that peace can not be complete in the Sudan unless peace has been achieved in Darfur.

Kiir confirmed to the leaders that Darfur problem was political and needed a political solution. He urged the leaders of the movements to handle the issue with responsibility, and distance themselves from self-interests as a guarantee to achieve peace in the region.

The rebels agreed to meet again in Juba very soon to unify visions for the movements prior to the next round of negotiations in accordance with the Arusha decisions. No date was determined.

However, informed sources told Sudan Tribune that Juba meeting didn’t have the expected success and the SPLM leadership decided to convene another meeting with the hope to have more participants.