August 30, 2007 (LONDON) — The rebel Justice and Equality Movement (JEM) has requested to the AU-UN mediators to hold a consultations meeting for the rebel groups and e representatives of IDPs, refugees and the civil society in Darfur. 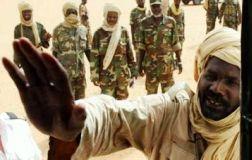 Ahmed Hussein Adam, said “”We addressed a letter to the mediators demanding the organization of consultative meeting between the movements, IDPs representatives, the refugees, and the civil society to discuss the rebel demands adopted in Arusha, earlier this month”

“It is important to have their opinion before the peace talks” he said, adding that the UN should facilitate this meeting.

The AU-UN mediation said it want a comprehensive peace process in Darfur. The AU and UN envoys met with IDPs, civil society and tribal leaders in Darfur. While the main rebel groups only had been involved in Abuja peace talks, time the mediators also seek to include all the rebel groups in the talks.

Ahmed also, slammed Khartoum saying it still implementing its plans to disseminate violence in the region. Also he said that government continues its efforts to dismantle the IDPs camps before the deployment of the hybrid force.

The rebel spokesperson wondered why the African Union Mission in Sudan keep silent on the Sudanese government attacks while every time they retaliate the AUMIS denounces their action.

“In the best condition they say investigating the attack” Ahmed regretted.

JEM forces and the Sudan Liberation Army (SLA) Unity faction attacked a Sudanese army base, some 200 kms (125 miles) from the border with Darfur and held by 1,700 soldiers.

JEM spokesperson said there are three events carried by the army in past and I wish that the AUMIS to give me an explanation for their silence upon. “Why in Kalma attack two week ago, the AU didn’t explained its position.” The same, he said, for Umrai attack last April, and the third event is what the UN experts mentioned in their report about the Sudan utilization of AU logo to camouflage its military airplanes, something that AU never condemned.”

Ahmed said that the silence of the AU is very indicative of the spirit of African Union Mission in Sudan (AMIS).

He added that his group demanded to the AMIS to redefine the Ceasefire implementation mechanism in Darfur; saying that this body is not effectively operating.

The Ceasefire Commission in Al-Fasher has two sections one for the DPA signatory movements and another for the non signatories.

“We asked the AMIS to address this situation because the 2004 ceasefire commission is hampered by Sudanese government, which refuses to accord it any role.”