March 25, 2008 (NYALA) — Five people are killed in the capital of South Darfur today following a collision of an armoured vehicle of the UN-AU peacekeeping force with a bus, the UNAMID said. 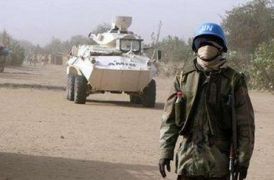 “A UNAMID armoured vehicle and a passenger bus collided near Nyala at 0930 hours, today. Initial reports suggest that one passenger and four pedestrians were killed, while another seventeen people were injured and taken to Nyala hospital for treatment.” A press statement reported.

“UNAMID expresses its deepest condolences to the families of the victims.” The hybrid force said.

The accident occurred when the UNAMID vehicle was on official mission, accompanying a humanitarian convoy.

Slovene envoy to stand trial in Sudan for espionage