March 31, 2008 (NYALA) — Darfur displaced people showed on Monday their opposition to conduct the fifth national census in their region. They said determined to organise a protest in the different camps to mark their indignation. 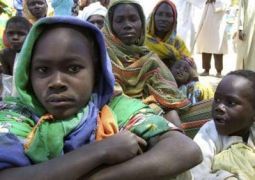 Hussein Abu-Sharati, the spokesperson of Darfur displaced and refugees told Sudan Tribune that they reject the census because they want peace before to perform it or to run the elections.

“How they can conduct the census and we are living in these precarious camps without home or security. We have missing people and we ignore whither they are alive of dead.” He said.

He added that Darfur refugees are disseminated in different countries including Chad and Central Africa Republic and they can’t take part in this census. He underlined that there are more than 4 million Darfuris affected by the conflict.

“The IDPs are here inside the camps but the same number of people are dispersed in the different parts of the country” he said.

Most of Darfur forces expressed rejection of the national census that expected to start on April 15. Khartoum peace partner Minni Minawi, who signed a peace deal with the Sudanese government and the rebel Justice and equality Movement declared adopted hostile position to the census in the current situation.

Abu-Sharati said that Khartoum must remove all the new elements that arrived recently to Darfur. He said that the census will legitimize them as Sudanese national inhabiting IDPs villages in the region.

The refugees’ representative underlined that demand for security remains IDPS main concern for the time being.