November 9, 2008 (KHARTOUM) — Sudanese ruling party turned down a demand for direct talks with the government to end the ongoing conflict in western Sudan region of Darfur by the rebel Justice and Equality Movement (JEM). 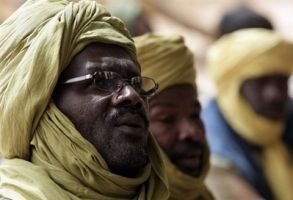 Last Thursday following a meeting with Qatari state minister for foreign affaires, JEM officials said they could consider direct negotiations with Khartoum if the other rebel groups fail to reunite or find common grounds. They further added that such negotiations must be under the sponsorship of the joint mediation.

Senior NCP official Qutbi Mahdi rejected today in Khartoum the rebel offer arguing they prefer a comprehensive peace agreement because separate talks have proven they are not fruitful.

Qutbi was alluding the Darfur Peace Agreement signed with Minni Minawi who was seen at the time as powerful leader but he was unable to apply it even within his small tribal clan.

The Qatari government tries to sponsor a peace conference in Doha in collaboration with the joint mediation to find a comprehensive settlement of Darfur crisis. After consultations with Khartoum government and regional countries, Qatari officials began to engage dialogue with the rebels.

Also Jalal Dugair, the Sudan’s People Forum spokesperson didn’t comment on the JEM proposal but said the demand indicates that JEM accept to negotiate with the government.

In the November 6 meeting, Ahmed Bin Abdalla Al- Mahmoud told JEM chairman Khalil Ibrahil that they want before the peace talks they want to organise a meeting for the tribal and civil society forces, an idea that had been suggested by Khartoum.

The rebel leader told the visiting Qatari delegation they could consider les conclusions of such gathering in the talks but they would not attend it. He also stressed that peace talks should be with warring parties.

JEM also underscored the need to involve the conference preparations: procedures, agenda and Darfur rebels who would take part in the conference.

The influential presidential assistant Nafi Ali Nafi welcomed the proposal but excluded talks through a new mechanism other than the UN-AU mediation of Salim Ahled Salim and Jan Eliasson at that epoque.

Nafi pointed out that they do welcome direct dialogue but “We will not do it officially and separately with Khalil [Ibrahim] or with Abdel-Wahid [Al-Nur] en presence of foreign observer except through the mechanism of the existing UN-AU mediation.” He said.

JEM and other rebel movements boycotted a conference for peace in Darfur held in October 2007 in Libya because they where not associated to the preparations and just told to attend the talks.

Also, the rebel movement had warned against the involvement of the small rebel groups. The invitation of breakaway factions by the former mediators pushed JEM to distance its self from last year talks.