February 8, 2009 (CAIRO) – A meeting scheduled for Monday between the Sudanese government and Darfur Justice and Equality Movement (JEM) has been postponed due to talks rebels will hold with Egyptian officials in Cairo. 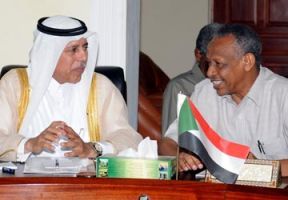 The meeting will be rescheduled for Tuesday or Wednesday.

Qatar, the host country and the joint mediator called the Sudanese government and JEM to discuss confidence building measures in Doha on Monday. Envoys from different regional and Western countries have already arrived to take part in the meeting.

“We have informed the joint mediator Djibril Bassole of our delay in Cairo. By no means, this postponement will affect our commitment to Doha peace process,” Ahmed Hussein Adam, JEM spokesperson told Sudan Tribune from Cairo.

Hussein stressed that the delay comes as result of schedule conflicts with the Egyptian officials they will meet.

The JEM official said that their delegation is led by the Economic Adviser Gibril Ibrahim and not his brother Khalil Ibrahim the leader of the rebel movement, as it was reported yesterday.

The Doha meeting is the first meeting between the Sudanese government and JEM rebels since the end of Abuja peace talks in May 2006 where the rebel movement rejected the agreement.

JEM spokesperson said they will discuss with the government delegation the confidence building measures and if the two stakeholders agree on these measures then they will discuss a declaration on the principles of the peace process.

According to JEM these measures deal with the release of JEM fighters detained or sentenced after a raid on Khartoum last May, stop IDP’s harassment, halt forced repatriation of the displaced, and the cessation of air strikes on civilians.

However Nafi Ali Nafi, the head of the Sudanese delegation to Doha meeting said they would discuss a draft of framework agreement proposed by the mediators, focusing on the ceasefire, the official SUNA reported.

He pointed out that the framework agreement would be negotiated with the rebel movements separately.

The rebel official dismissed reports saying they would sign a framework agreement with the government. He also stressed JEM support to the indictment of the Sudanese President by the International Criminal Court which is “legal process that should not to be mixed with the political process”.

Hussein also said the purpose of the meeting in Doha is not “to negotiate for jobs in Khartoum but for the rights of the Darfur people”. He stressed that despite JEM military capabilities to fight government as they do on daily basis, JEM political leadership believes that the conflict only will be settled politically.

Darfur rebel movements took up arms against the government in 2003, accusing government of supporting land grabbing and neglecting development of the region. UN experts say 300000 were killed and 2.7 are displaced by the conflict. But Khartoum puts the death count at 10,000.