April 29, 2009 (KHARTOUM) — Sudanese need not worry about the deadly swine influenza as the country was free of the epidemic, said the federal ministry of health today. 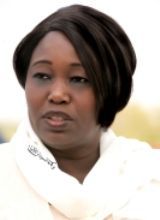 As the swine flu outbreak continued to spread to countries around the world, the World Health Organization (WHO) today took the unprecedented step of raising the infectious disease alert level to level 5, signaling that a global swine flu pandemic is imminent.

In a news conference held in Geneva, today, WHO director-general Dr. Margaret Chan warned the “virus must be taken seriously because of its ability to spread to every country in the world.”

Dr. Thabita Boutrus said in a press statement issued in Khartoum on Wednesday that Sudan is free from any case of the swine influenza. She further said that health authorities are mobilized to detect any case of the disease.

Sudan’s airports and entry points are being closely monitored, the minister added.

The virus which is spread respiratorily, is easy to transmit. Swine flu symptoms include headaches, a sudden rise in body temperature, breathing difficulties, and muscular pain. The flu can be treated with anti-virals.

In Juba, the southern Sudan ministry of health said coordinating activities with the federal ministry to respond to the possible threat of swine flu.

However Juba urged people who become sick with fever and cold symptoms and who have also traveled abroad to affected countries — or who have come into contact with those who have — should avoid close contact with others and should consult with a health care worker.

The virus can live for as much as four hours on an exposed surface, and infects people by entering via eyes, nose or mouth.

The federal ministry said it had already distributed sufficient quantities of anti-viral drugs (Tamilflu) to the different health centers and hospitals across the country, along with the distribution of protective clothing for medical teams.

The federal health ministry also announced the formation of a higher committee of senior specialists in the fight against epidemics besides the activation of the Technical Committee for pandemic influenza, which includes the relevant departments within and outside the Ministry of Health.

The new H1N1 virus has been confirmed around the world but Mexico remains the only country with deaths — 159 by the government’s estimate — and the epicenter of the outbreak. Also a 23-month old Mexican child died today in Texas from the swine flu after his arrival from Mexico.