Botswana says Sudan’s Bashir will be arrested if he visits

June 9, 2009 (WASHINGTON) – The government of Botswana announced today that it will arrest Sudanese president Omer Hassan Al-Bashir if he visits its territory. 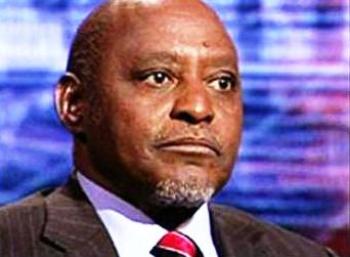 Botswana is a member of the International Criminal Court (ICC), which has issued an arrest warrant for Bashir last March on seven counts of war crimes and crimes against humanity in connection with alleged war crimes committed in Darfur.

The foreign minister of Botswana Phandu Skelemani told the British Broadcasting Corporation (BBC) that his country has legal duty to help ensure the appearance of Bashir before the court.

The president of Botswana Ian Khama was reported to have told his Tanzanian counterpart in May that his government supported the arrest warrant.

Botswana is the second country in Africa to publicly announce that it will apprehend Bashir if he visits.

Bashir has travelled to more than half a dozen regional countries in a show of defiance against the ICC. However none of the countries he visited were ICC members.

More than 30 African countries are have ratified the ICC Statute making them legally obligated to cooperate with the court in arresting the Sudanese president.

However many countries across the continent condemned the arrest warrant while some have publicly declared that it will not honor its obligations under the Statute.

A two-day meeting in the Ethiopian capital this week convening African ICC members failed to agree on a mass withdrawal from the court as proposed to protest the arrest warrant.

Diplomats at the meeting said that the participants would instead call for a UN Security Council (UNSC) deferral of the indictment as empowered under the Rome Statute of the ICC.

October 22, 2021 (JUBA)- The South Sudanese government said Friday that protests in Sudan might affect the flow of oil to Port Sudan, and...

Chad carries out first executions since 1991