September 30, 2009 (JUBA) – Some twenty Sudanese parties concluded a political conference today in Juba by threatening to boycott next year election if the dominant National Congress Party (NCP) does not implement democratic reforms. 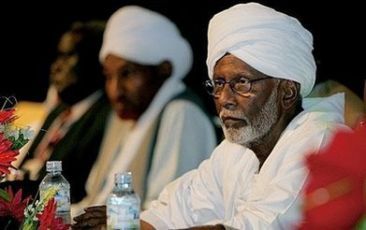 The opposition forces and the southern Sudan ruling party warned they would boycott the general election scheduled to take place in April next year if the Sudanese parliament does not pass, before November 30, a number of laws aiming at creating an appropriate environment for the multi-party elections.

The declaration spoke precisely about the National Security Law, Criminal Law, Criminal Procedure Law, the Trade Unions Act, the law of immunities, the law of personal status, press and publications law, the laws of public order.

The conference asked to allow the national electoral board to control the media during the election period in order to ensure equal time to all the political forces.

After boycotting it, Khartoum said the meeting aims to prevent the democratic transition in the country and to halt the electoral process which is seen crucial for the ruling party to give a new legitimacy to the President Omer Al-Bashir who is facing an arrest warrant by the International Criminal Court over war crimes and crimes against humanity.

Juba conference prefigures a new political alliance in the country for the next year election. The NCP had been thinking that the two parties of the CPA would work together for the after transitional period. However the poor implementation of the peace agreement and the difference between the two partners pushed the SPLM to seek the support of the opposition parties.

The conference resolutions also called to accept the principle of simple majority for the referendum on self determination for southern Sudan. The discussions between the two peace partners on this issue are deadlocked. The NCP say the quorum should be 75%, however it the last meeting the dominant party shifted its position to 90%. The SPLM asks for the simple majority.

The declaration also proposed to maintain the current percentage of power sharing of 28% for the southern Sudan as stipulated in CPA, stressing that the results of the fifth census are disputed and there is a need to reach a consensus on the issue.

The declaration also called to establish a “Truth and Reconciliation Committee to investigate all violations and atrocities against the rights of groups and individuals” in the country since Sudan became independent in 1956.

The conference also urged the Sudanese government to implement the other peace agreement signed with the eastern Sudan rebels and the northern opposition.

With regard to Darfur conflict, the meeting called for the full implementation of Abuja peace agreement and reaffirmed the need to settle of the conflict through peaceful negotiations. The declaration further said supporting the legitimate demands of Darfur people including the one region, individual and collective compensations, and traditional rights on the land.

The conference also reiterated its rejection to the impunity of all the crimes committed in Darfur asking to try the responsible before an independent court.

Reacting to the conference, Abdel Wahid Al-Nur, the SLM leader hailed the hold of meeting in “this decisive juncture in the Sudanese history”. He also stressed that the citizenship equal rights state for all the Sudanese remains the sole way to preserve the unity of the country.

The rebel leader further said the need for security and peace concerns all the different parts of the country and not only Darfur.

Also the United Resistance Front of Bahr Idriss Abu Garda welcomed the resolutions of the meeting particularly the Truth and Reconciliation Committee and stressed the need to resolve Darfur conflict before election.

Mr. Mohamed Osman Al-Mirghani the leader of the Democratic Unionist Party (DUP) did not take part in the meeting. The DUP was the main ally of the SPLM when the two parties worked within the framework of the opposition National Democratic Alliance before the CPA.

However Ali Mahmoud Hassanein, DUP Deputy Chairman joined yesterday the meeting to show his support to the conference.