April 25, 2010 (JUBA) – The main independent challenger to the Unity state’s winning caretaker governor in the gubernatorial race, Angelina Teny, said she will neither “accept” nor “recognize” the elections results in the Sudan’s oil-rich state which she described as “rigged” and “untrue.” 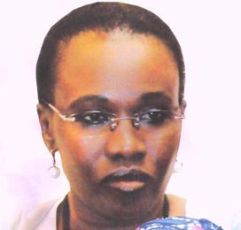 While the state’s declared winner, Taban Deng Gai, celebrated his victory amid violence and insecurity that marked the announcement by the local electoral body in the state, Mrs. Teny who lost condemned the violence that followed and what she said was the subsequent torture of her supporters by the state authorities.

She explained that a number of her supporters, some who are tribal chiefs, were arrested in Parieng on Friday and that her political office has also been closed in the county.

Mrs. Teny added that she was leaving Unity State with many grievances over how the electoral process was conducted and worries for her supporters.

Meanwhile, the elected governor of Unity State, Taban Deng Gai, called on his rival to accept the electoral results as the situation has now calmed down in the state.

Taban added that his victory is also a victory for his party, the Sudan People’s Liberation Movement (SPLM).

He further added that the victory was a payback for the struggle and war that the SPLM endured.

OTHER PARTIES CANDIDATES DISPUTE THE RESULTS

Several political parties whose candidates also contested for the governorship position in Unity state have joined Angelina Teny in disputing the results, saying Taban’s victory was not based on the actual results reported by their respective agents from all the centers which ballot papers were counted.

They have called on the Chairman of the National Elections Commission (NEC) Abel Alier to intervene and correct the situation.

The parties in a joint released statement said there were widespread rigging in the polling process and called for a re-count of the ballot papers.

Preliminary results from eight out of nine counties in the state indicated that Mrs. Teny was leading the incumbent governor by more than 24,000 extra votes.

An official close to Mrs. Teny’s campaign team said she may consider challenging the results legally in the court of law and win the case.

A federal system and Kokora are two different things