August 9, 2010 (WASHINGTON) — Rebuilding foreign exchange reserves is an “immediate priority” for Sudan in 2010 said the International Monetary Fund (IMF) in a report released last week that contained a detailed overview of the country’s major economic indicators. 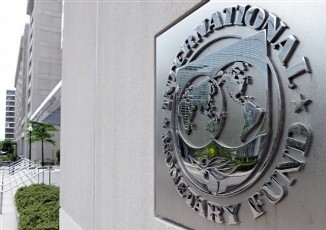 Sudan has agreed to an IMF Staff Monitored Program (SMP) in 2009 to help it achieve a set of economic and financial policies and objectives which include sustaining economic growth, controlling inflation, reforming the banking sector and reducing budget deficit among others.

“Reserves fell sharply with the decline in oil price through the first quarter of 2009. This was mainly due to insufficient adjustment to the fall in oil prices. The reserves remained low in the remainder of the year despite the increase in oil prices due to continued sales of foreign exchange” the IMF report says.

The figures on the report showed a dramatic decline in reserves held by the Sudan central bank from $1.58 billion in 2006 to $390 million in 2009 which is estimated to cover a little over two weeks of imports.

The highest financial authority in the country has maintained a policy of withholding information on its hard currency reserves.

Last May, the deputy bank governor Badr Al-Deen Abbas was quoted by the local media as saying that the foreign exchange reserves is at “comfortable levels” owing to the improvement in revenue from oil exports which accounts for the bulk of Sudan’s national budget.

The IMF has set a target for Sudan to increase its reserves by $560 million to reach $950 million by the end of 2010. To achieve this Sudan must allow the exchange rate “to move in line with fundamentals to rebuild and safeguard the foreign exchange reserve position”.

This year, the Sudanese authorities stepped up its restrictions on sale of hard currency after the pound lost grounds against the dollar leading to a flourishing black market. The spread between the official price for the dollar and the black market was as high as 20% this year.

Travelers from Sudan are only permitted to take a maximum of the equivalent of 2,000 Euros of any foreign currency out of Sudan after providing the necessary documentation to justify the need for it. The travelers will be able to buy the foreign currency before leaving the country but can only receive it at the airport after clearing immigration and customs.

The IMF revealed that it has approved these restrictions adopted by Sudanese authorities until June 2010 saying that Khartoum is committed to remove it afterward provided that their reserves’ position improves.

Sudan central bank intervened utilizing its forex reserves to prevent the pound from sliding further in the market against the dollar particularly during the 2008 global financial crisis. The IMF urged Sudan to limit these interventions in order to allow for rebuilding the reserves.

The East African nation runs a so-called managed float system, in which the central bank calculates an indicative rate based on previous day transactions and intervenes in the market if quotes break away from a plus/minus 3 percent corridor around that rate.

Most of Sudan’s foreign exchange earnings comes from the oil exports, which the IMF projects will moderate over the medium term. Other sources include inbound transfers from Sudanese expatriates abroad and foreign direct investments.

But U.S. sanctions imposed in 1997 and strengthened throughout the years have exacerbated the shortage of dollars prompting the bank to announce a shift in its currency reserves basket mix toward the Euro.

The IMF report said that as a result of the deteriorating reserves position, Sudan has reduced repayments to its creditors in 2010 and requested a rescheduling of debt services from its main creditors. The debt distress and its arrears constrained the country’s access to external financing.

Sudan has long complained that political rift with the West has prevented it from taking advantage of the debt relief initiatives offered to countries with high debt and poverty levels.

According to official reports by Khartoum, the country’s external debt as of December, 31 2009 stood at about $35.7 billion. A little less than half of that amount is the original amount borrowed and the rest is divided between interest and late payment penalties.

The major debtors of Sudan include the IMF, World Bank, Kuwait, Saudi Arabia, Austria and the United States.

The IMF urged Sudan to maintain patience on its pursuit for debt relief and undertake further measures to keep borrowing under control.

“Sudan’s record of cooperation on economic policies and payments to the fund augur well for the clearance of Sudan’s arrears at the appropriate time. In the meantime, the authorities should minimize to the extent possible the contracting or guaranteeing of non-concessional debt, as such borrowing would further weaken debt sustainability. Staff urges the authorities to make payments to the Fund on a regular basis to ensure meeting the payments target for 2010”.

July 7, 2021 (KHARTOUM) - Sudan loses about US$5.4 billion in illicit financial flows (IFFs) every year, according to a report prepared by...

July 1, 2021 (KAMPALA) – South Sudan is among the four countries placed on a "grey list" of nations under increased monitoring to counter...
Advertisment