August 22, 2010 (RENK) – South Sudan’s army dismissed on Sunday a report made by a Sudanese media agency claiming that it has bought heavy military machine guns and eleven aircrafts from a Russian arms dealer. 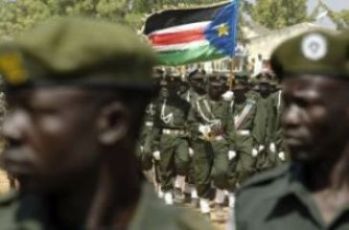 Uganda and the USA are training pilots for the planes that will be received by the end of this month, the SMC report said.

Lieutenant General Kuol Deim Kuol, official spokesperson of the SPLA, strongly denied that they were in process of acquiring armed aircrafts in a phone interview with Sudan Tribune from the south’s capital Juba.

“We do not have such information. When we get our arms, we will make it public. We will make it known to the general public.” Kuol said.

Colonel Malaak Ayuen Ajok, head of information and public relations department at the SPLA headquarters also denied knowledge of any arrangement to buy military aircraft from anywhere in the world.

“I am not aware of any military aircrafts said to have been bought the by SPLA because we do not have funds”, said Colonel Ayuen.

The Colonel disputed the allegation that pilots were being trained in Uganda or any other east Africa countries.

“I am not also aware of the training of pilots in the countries you have mentioned”, Colonel Ayuen said.

The ruling National Congress Party (NCP) described the report as another proof of SPLM’s breach of the 2005 peace agreement.

Qutbi Al-Mahdi the secretary for organizations at the NCP said that the ex-Southern rebel group must focus on other pressing issues such as food crisis and referendum rather than buying tanks and stockpiling arms. He further said that this demonstrates the “ill-intentions” of the SPLM through preparing for war.

In June 2008 Southern Sudan Legislative Assembly endorsed a SPLA White Paper on Defense stating that the armed forces should consist of “grounds force supported by air and riverine units”.

At the time the Sudan Armed Forces reacted angrily stressing that SPLA is subject to numerous limitations per the Comprehensive Peace Agreement (CPA) signed in 2005.

In January the south is due to vote on self-determination as part of a peace deal between the SPLM – political wing of the SPLA – and the Sudan’s ruling National Congress Party.

The Comprehensive Peace Agreement signed in 2005, provided for a six year interim period after, which the south would decide whether it wants to remain with the rest of Sudan or opt for secession.

Southern Sudan is widely expected to vote for separation.
Negotiations between the two partners of the peace deal, have to bring agreement on post referendum issues such as citizenship of southern Sudanese who live in the north, wealth (oil) sharing.

Preparations for conducting the referendum as well as agreeing what will happen in the eventuality of a unity or separation vote are well behind schedule.

Voter registration is yet to begin and demarcation of the contested north-south border – along which many of Sudan’s oil fields lie – still needs to be completed.

Several think-tank groups warned that North and South Sudan are discreetly engaging in an arms race as they get closer to referendum date. South Sudan warned that any delay in the key vote may lead to the outbreak of war between the two former rivals.

Calls on U.S. to keep pressures on Sudan to achieve peace and reforms