September 26, 2010 (BENTIU) — Sudanese Network for Democratic Election is organizing an ongoing workshop for civic voter education in Unity State. SUNDE was formed in April 2008 and its main objectives are to observe elections and conduct the voter education to the Sudanese communities. 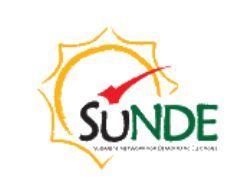 Ijjo Elias SUNDE’s civic voter education officer told Sudan Tribune yesterday that they came to the state to conduct the civic voting education with the SUNDE State steering Committee members and local authorities, in order to prepare the citizen for the forthcoming south Sudan referendum, currently slated for January 9th 2011. The vote will give the southern Sudanese the opportunity to choose secession or to remain united with the north. Preparations for the plebiscite are woefully behind schedule.

Elias said, SUNDE observers faced challenges during the Sudanese general election in April this year, as they some were arrested by security personnel and they faced difficulties in transportation, due to the poor condition on some southern Sudanese roads. He added that this time, they will join hands with the authorities and to make sure they are respected during the conduct of Southern Sudan referendum.

SUNDE is a domestic, non-profit organization funded by the National Democratic Institute. It has spread throughout the ten southern Sudanese states and covers 54 counties, all over the region. Elias said they are going to cooperate with the South Sudan Referendum Committee at the state level and Government of Southern Sudan so as to aid the conduct of the process in peaceful manner.

UNHCR to resume repatriation of Eritrean refugees in Sudan

Eritrea-Whispers of a new war