October 20, 2010 (WASHINGTON) –Chinese diplomats made a failed attempt on Wednesday to block a U.N. report alleging that its locally manufactured ammunition was sent to Darfur in violation of an arms embargo, according to diplomats at the world body. 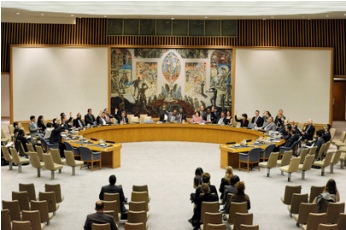 Last week, Beijing threatened to block the report unless the wording is changed. It fell short of using its veto power at the UN Security Council (UNSC) on a resolution to renew the mandate of a panel of experts that monitor the observance of sanctions imposed on Darfur.

China is the major buyer of Sudanese oil and has other key commercial interests.

The Sudan sanctions committee met Wednesday afternoon and two diplomats familiar with the closed-door deliberations told Associated Press that China argued that the report by the committee’s panel of experts should not be sent to the UNSC.

After the meeting, a Chinese representative who identified himself by the name Zhao told Agence France Presse (AFP) the report in Beijing’s opinion “is full of flaws with too many unconfirmed facts.”

“Where did they get the informed sources? No evidence is given,” Zhao said, adding that the report “lacks confirmed facts — how can we agree on those recommendations? We ask them to improve the work of the methodology.”

The diplomats said the committee chairman, Austria’s U.N. Ambassador Thomas Mayr-Harting, agreed that the annex to the report would be updated with a letter to include additional information on sources. But they said the report itself would not be changed, and will likely be formally sent to the 15-member council next week.

During Wednesday’s meeting, the diplomats said China got no support from the other committee members, who include representatives from all 15 council nations.

The U.N. panel responsible for implementing the embargo told the UNSC that Sudanese forces have used more than a dozen types of Chinese ammunition against Darfuri rebels over the past two years. It also reported finding recently manufactured shell casings from Chinese ammunition at the site of numerous attacks launched by unidentified assailants against peacekeepers from the joint U.N.-African Union mission in Darfur (UNAMID).

It is not clear if the panel is pointing fingers at Khartoum for the recent surge of attacks on UNAMID peacekeepers and personnel.

The report by the panel found that the Sudanese government had routinely skirted the sanctions – using recently purchased Russian helicopters, Sukhoi 25 fighter planes from Belarus and at least one Russian MiG-20 fighter jet in Darfur.

Sudan acknowledged to the panel that it had transferred some of the aircraft into Darfur, but insisted that the aircraft had not been used in military operations and therefore did not violate sanctions.

Russia has sold some 36 Mi-24 and Mi-17 helicopters to Khartoum since 2009, while Belarus has sold 15 Sukhoi 25 jets to the Sudanese government since 2008, according to the panel. Sudan signed end-user agreements with both governments guaranteeing that the aircraft would not be used in Darfur.

The panel uncovered a total of 18 varieties of shell casings, including 12 from China and four from Sudan. Two samples of ammunition – which were used by the Justice and Equality Movement, one of the main rebel groups – were manufactured in Israel. The panel said that Israel confirmed that the ammunition was sold to the government of Chad. Chad – which also signed an end-user agreement with Israel not to ship the arms to a third country – has long been accused of smuggling weapons to JEM.

The United Nations estimates as many as 300,000 people have died in the humanitarian crisis after Khartoum mobilized militias to quell the revolt.

South Sudan to probe the fate of Garang’s $60 mln