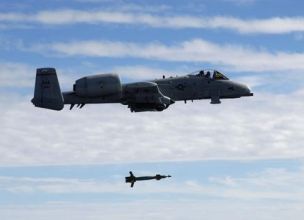 “I am told by our forces on the ground in Northern Bahr el Ghazal that the air attack occurred on Friday. No death causalities have been reported but there are reports that 8 civilians have sustained serious injuries. Some of these victims with light injuries are being nursed in the local clinic in Gok Machar but those with inflicted shrapnel injuries and are at critical conditions have been moved to Aweil civil hospital,” explained Panyang.

However, other southern officials have indicated that there may have been fatalities.

The senior military officer said the high military command in Juba contacted Khartoum yesterday night for explanation and were told that the bombing was part of government forces pursuing Darfur rebels the Justice and Equality Movement (JEM).

“We contacted central command of the Sudan Armed Forces yesterday night seeking explanation of why they bombarded our territory. The explanation they gave us in response was that they were pursuing rebel forces. They said it was not their intention to bomb our areas. They were only following routes of the Darfur rebels,” explained Panyang.

The SAF spokesperson claimed the JEM fighters had withdrawn to South Sudan to receive help from the SPLA. He said the SPLA evacuated 67 injured rebels through Jaj airstrip in Bhar el-Ghazal to Juba and Uganda.

SAF spokesperson stressed this support is a clear violation of the military and security protocols of the 2005 Comprehensive Peace Agreement (CPA), between the Khartoum government and the former rebel SPLM/A.

Ahmed Hussein Adam, JEM spokesperson speaking to Sudan Tribune from Doha where he is taking part in discussions between the mediation and the rebel group over the resumption of peace, denied any presence of their fighters in southern Sudan. He further accused the Sudanese government of seeking pretext to delay the referendum on southern Sudan independence.

“These are baseless allegations. This is a conspiracy by the Sudanese government to impede the referendum process,” he said.

“But we say they have to hold the referendum on time,” he stressed.

Colonel Deng Thiep Akok, a former commissioner of Aweil North who comes from the area also confirmed to Sudan Tribune from Juba occurrence of the incident and disputed claims that the bomb was meant for Darfur rebels.

“Sudan Armed Forces claimed that the bomb was meant for Darfur rebels who are alleged to have attacked Majaac on Monday. Majaac is a settlement under south Darfur territory. They claimed that Sudan Armed Forces attacked Majaac and looted everything before they retrieved towards Gokmachar in Northern Bahr el Ghazal. This is not correct. I come from the area and I am not aware of the presence of some Darfur rebels in the area. As far as I know the area, there are no rebels from Darfur operating in the area presently,” said Akok.

Akok said that the attack was part of a plan by Sudan’s ruling National Congress Party to sabotage voter registration processes for the south’s referendum, which is due to begin next Monday.

Officials from United Nations Mission in Sudan working in Aweil town, capital of Northern Bahr el Ghazal State, said a UN team was going to the area to assess the situation.

“We are told that the area of the attack could be between two states: Northern Bahr Gazal, which is part of South Sudan, and South Darfur, which is part of the north,” said the official from UNMIS who declined to be named.

The borders between north and south Sudan have not been demarcated despite the 2005 peace deal establishing mechanisms to do so.

In the run up to January’s referendum on southern independence some members of the NCP have said that the vote should be delayed until the border is finalised. The southern government has rejected this saying that border demarcation can be completed after the poll takes place.

There is concern as the vote approaches that rising tensions on the north-south border could trigger renewed conflict.

South Sudan fought a two-decade civil war against successive Khartoum governments in which 2 million people died and more than a million migrated north to escape the fighting.

The independence referendum will be the culmination of the 2005 peace deal that ended over 20 years of north-south conflict.