January 12, 2011 (KHARTOUM) – An unknown Sudanese group has claimed it has scorched 5000 acres of government-owned sugar-cane farms in central Sudan as a declaration of rebellion against the northern government in Khartoum, in yet another sign of the growing domestic volatility as the country hurtles towards a likely breakup. 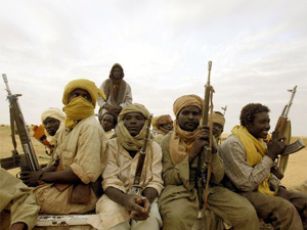 The group, which dubs itself “the Revolutionary Front of the Central Province – Battalions of Sons and Youth of Farmers” on Wednesday issued a statement saying it had started a new rebellion in Sinnar State in central Sudan. The group claimed it had set aflame 5000 acres of sugar-cane farms owned by the Sudanese Sugar Company.

However, the group’s claims could not be independently verified nor confirmed by the central government.

The group’s statement, which was dated 9 January to coincide with the beginning of south Sudan referendum vote, accused the Khartoum government of “systematically marginalizing” the central province which also holds the Jazzirah project for producing cotton. It further warned that such marginalization “leaves no other choice but confrontation.”

Sudan is facing a likely breakup as a result of the ongoing referendum vote on the independence of south Sudan region, the vote was promised in a 2005’s peace deal that ended nearly two decades of north-south civil war.

The group’s statement further described the burning of sugar-cane farms as “a direct evidence” of their battalions’ ability to “elicit the rights of our people by all possible means.”

According to the group’s statement, the central province never enjoyed sustainable development and suffered from the “misguided policies of privatization” which turned “a national project into a parasite project.”

The group also blamed the government for what it called the general deterioration in public service and prevalence of financial corruption.

“The spark of the revolution to right the wrongs in the central province has started,” said the statement, warning that the revolution will extend to include every part of the region’s soil.”

October 27, 2021 (KHARTOUM) -  The African Union on Wednesday suspended Sudan's membership in the regional body until a civilian-led government is restored. On 25th...

October 27, 2021 (KHARTOUM) - European, Troika and Switzerland envoys to Sudan said they only recognize the government of Prime Minister Abdallah Hamdok and...
Advertisment