Sudan warns UNAMID not to exceed its mandate

January 24, 2011 (KHARTOUM) – The head of the Transitional Darfur Regional Authority (TDRA) Ja’afar Abdel-Hakam issued a warning to the joint African Union-United Nations Mission in Darfur (UNAMID) that they should stick to their mandate, a day after Sudanese authorities raided an IDP camp without notifying the peacekeeping force. 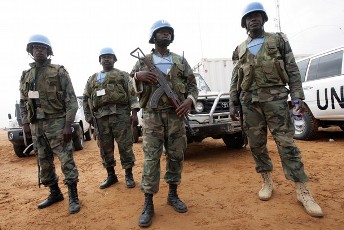 The West Darfur governor also said that UNAMID must adhere to its mandate and support the government’s domestication strategy put in place.
He underscored that relations between the governorates of Darfur states and UNAMID is that of a partnership.

On Sunday, UNAMID said that Sudanese authorities conducted an extensive cordon-and-search operation in the Zamzam IDP camp located on the outskirts of El-Fasher.

The mission said that the raid violated the Status of Force Agreement (SOFA) requiring notification and consultations prior to any actions regarding IDP camps.

Darfur: 4 detained in a hole in the ground