July 14, 2011 (ADDIS ABABA) – The Republic of South Sudan has named Ethiopian Airlines as the “Official Carrier of Southern Sudan’s Independence Celebration” for the flight services it provided during the historic independence day. 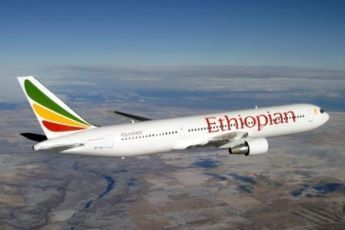 Africa’s newest state was born in Juba on July 9, 2011 after decades of North-South Sudan civil war that has claimed millions of lives.

As thousands of exiled South Sudanese flock to Juba to witness long dreamed birth of a new nation, the Ethiopian Airlines has transported over 1,000 higher government officials and prominent figures to and from the capital, Juba.

“We are pleased to announce that the Ethiopian has successfully completed the task of serving as an official carrier for the celebration of the Southern Sudan independence” the airliner said in a statement.

The Ethiopian flag carrier has also operated many extra flights as well as charter flights to Juba in addition to the regular daily flights.

The title was given by South Sudan’s transport minister in recognition to the carriers commitment of providing services to South Sudan.

“Ethiopian has been committed to connect the Republic of Southern Sudan to the rest of the world offering convenient connection to and from the rest of Africa, Europe, US, the Middle East and Asia allowing passengers to have a wider range of choices”, Tewolde GebreMariam, CEO of Ethiopian Airlines said.

The Ethiopian carrier has also cooperated with the government of Southern Sudan on ground services to enable the Juba airport accommodate the heavy traffic during the celebration.

In May 2006, the Ethiopian airlines for the first time began providing four flights a week to South Sudan’s capital Juba, with stop over in Kenya and in Entebbe, Uganda upon the outward and return legs.

Landlocked South Sudan relies heavily on air travel due it poor infrastructure, which will be one of the new nations’ main post-independence challenges.

Ethiopian Airlines, one of the most successful and leading airlines in Africa, earlier this week said that despite fuel price hikes, its annual revenue has grew by 40 percent in 2010/2011 fiscal year.