November 6, 2011 (KHARTOUM) – The National Bank of Egypt (NBE) announced that it has extended $150 million in credit line to the Bank of Sudan (BoS). 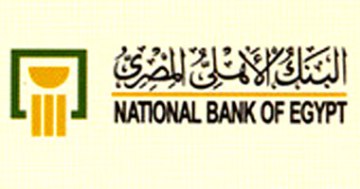 Tarek Amer, NBE’s CEO, said that $100 million of the total sum will be devoted to energising investments and the remainder for bolstering external trade.

He further said that an additional $50 million will be used to support the newly established NBE branch in Khartoum which was recently licensed by BoS.

NBE CEO affirmed the bank’s willingness to fund joint Egypt-Sudan projects and to enhance the performance of the banking sector.

He also expressed particular interest in Sudan’s agricultural sector which he said could help Egypt reduce its food bill by directly importing it from its southern neighbour.

The Sudanese government is trying to cope with loss of the oil-rich south which has denied it billions of dollars in revenue and hard currency. Sudanese officials have been dispatched recently to Arab Gulf countries seeking more investments.

NBE is Egypt’s largest bank by assets and has recently achieved $368 million in net income for the year ended June 30.