Sudan’s University of Khartoum to re-open on 18 March

February 22, 2012 (KHARTOUM) – The University of Khartoum (UoK) in Sudan has announced it will resume study on 18 March after nearly three months of suspension and less than 24 hours since the police raided its dormitories and rounded up hundreds of students. 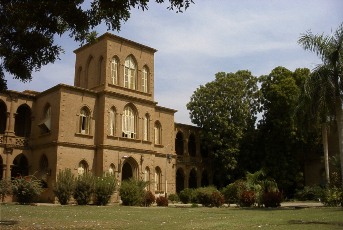 Sudan’s top university was closed down in December after its students staged a number of protests against the university’s administration after police forces entered the campus and used force to break up demonstrations held in solidarity with Al-Manasir community, which has been displaced by the construction of a government dam north of the capital.

The situation flared up when police forces raided the university’s dormitories in the early hours of Thursday this week and arrested more than 300 students in anticipation of a planned protest against the university’s orders to evacuate the dormitories.

In a press conference on Wednesday, the university’s director Sidiq Hayati announced that UoK would re-open its doors as of 18 March. He promised that police forces would never enter the campus again without the administration’s consent.

Hayati also promised to secure the release of the arrested students before the resumption of study, adding that he had already made contacts with state officials to that end.

Meanwhile, the representative of Khartoum State police, Muzamil Mahjoub, defended the police raid in a workshop organised on Wednesday by the Union of Khartoum University Students which is controlled by students of the ruling National Congress Party (NCP). The official said that the police entering of the campus was done according to the law.

“We have entered the campus in line with the law which allows us to enter public areas at our discretion in the cases of rioting or violence” Mahjoub said.

A member of Sudan’s parliament has announced that he intends to file a motion of no-confidence on the minister of interior Ibrahim Mahmoud Hamid. The MP described the police’s Friday raid of UoK’s dormitories as “a precedent.”

Sudan accusues US of involvement in a foiled sabotage plot