March 8, 2012 (KHARTOUM) – A 19-year old student made a failed attempt to hijack a Sudanese plane before landing at Al-Obayid airport in North Kordofan state, according to press reports. 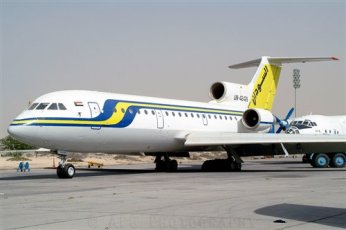 The state’s police chief Maj. Gen. Kamal Moussa Zein was quoted as saying yesterday that the hijacker broke into the cockpit waving a knife 40 minutes after takeoff. He threatened the crew and asked them to re-route the flight to Uganda.

The plane was flying from Wau airport in South Sudan’s Western Bahr el Ghazal State on its way to Khartoum, the capital of Sudan, when the incident happened.

One of the flight engineers however, managed to overpower the hijacker and stripped him from the knife he was carrying.

The plane landed in Al-Obayid airport and authorities took the hijacker into custody. Preliminary investigations revealed that he is from South Darfur state and studies in Uganda. His name was not released.

The knife used by the student was hidden in his handbag, the police said. None of the passengers aboard the flight were harmed.

SPLM/A-IO says not ready to form government on Nov. 12

Warrap state wraps up voting process with over 91.8% turn out