June 30, 2012 (KHARTOUM) – The Sudanese presidential assistant Nafie Ali Nafie on Saturday said that his country is in possession of evidence proving the involvement of external players including Jewish groups and neighbouring South Sudan in attempts to exploit the country’s recent austerity decisions to create domestic instability.

Sudanese authorities have been facing a wave of growing street protests over the past two weeks after the government moved to implement a set of austerity measures including removing subsidies on fuel products.

Nafie, who also occupies the position of the NCP’s vice-chairman, said in statements reported by the official news agency SUNA that the government was capable of overcoming the current economic situation within the available resources.

He reassured citizens that they will soon feel the outcome of the ‘reforms’ currently being implemented.

Sudanese officials say the austerity measures, which also include cuts in government bureaucracy and salaries of officials, are necessitated by the need to make up for a budget deficit of $2.4 billion US, created as they say by the loss of three quarters of the country’s oil production due to South Sudan’s secession.

But government opponents point to rampant corruption and years of government failure to use oil revenues to diversify the economy.

Nafie accused Jewish groups within the United States (US) of plotting with rebel groups from the country’s western region of Darfur and the government of neighbouring South Sudan to use Khartoum’s recent economic decisions to create security and political instability in Sudan.

According to him, the state has evidence confirming the existence of ‘total coordination’ between Darfur armed groups, South Sudan and influential Jewish groups in US official institutions to sabotage oil facilities in Sudan in order to precipitate economic collapse in Sudan.

Nafie’s statements follow his return to Khartoum from a short trip to Algeria where he met the Prime Minister Ahmed Ouyahia on Thursday and gave him a letter from President Omer Al-Bashir regarding the economic situation in Sudan.

Sources told Sudan Tribune that the minister of finance Ali Mahmoud Abdel Rasoul accompanied Nafie on his visit to Algeria although official Sudanese media failed to report his presence.

In a related context, Sudan Tribune has learned that delays in the government’s announcement of restructuring the cabinet as part of the austerity package is caused by talks between the NCP and other political parties represented in the government, including the Democratic Unionist Party (DUP) of Mohammed Osman Al-Mirghani.

Government officials previously said that the cabinet would be slashed by 35 percent, which will come out of the NCP’s share of members. 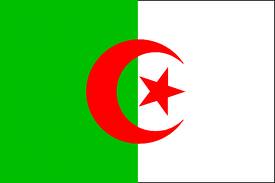 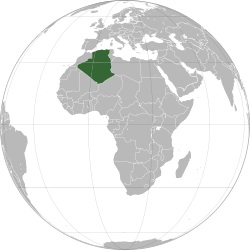 The war on ailing economy neglects the health of South Sudanese