October 5, 2012 (PARIS) – Two military Eritrean pilots on Tuesday defected with their airplane to the Saudi Arabia and were they are being kept in secret locations, A French radio reported. 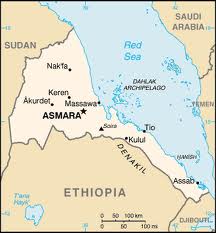 According to Radio France International (RFI), the two pilots, fled Eritrea with a plane belonging to the country’s President, Isaias Afeworki in what is widely seen as a show of discontent against the current leadership.

Eritrean government officials, sources say, have remained tight-lipped over the defection of the two captains, who were identified as Yonas Woldeab and his deputy, Mekonnen Debesai.

In the past few years, several Eritrean air force pilots and personnel are said to have defected from the country’s young air force, further weakening it.

The unexpected defection of the two military pilots, according to opposition sources, could be directly linked to the deaths of two of their colleagues who were killed after the plane they were flying crashed in Eritrea, last year.

The defectors allegedly blame the government for neglecting to perform routine maintenance pointing out that the lack of such technical issues caused the death of their colleagues.

Last August, the holder of the Eritrean flag to the London Olympics never returned home and his defection is said to have annoyed authorities in Asmara, the country’s capital.