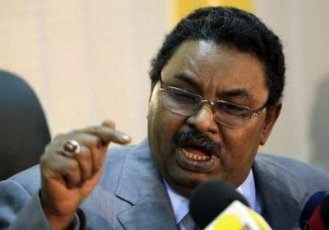 The Turkey-based Anadul news agency and Saudi-owned Al-Arabiya TV quoted Sudanese sources as saying that Gosh has been taken into custody.

There was no official confirmation by Khartoum.

Earlier today a NISS source told the government-run Sudan Media Center (SMC) website that they have foiled a plot to destabilize security led by opposition figures.

The source disclosed that arrests were made that among civilian and military individuals.

There were also unconfirmed reports of arrests made to several senior military commanders who are close to Sudanese President Omer Hassan al-Bashir.

Gosh is the poster boy of counter terrorism cooperation between the US Central Intelligence Agency and Sudan’s NISS, over which he presided since 2002 until he was surprisingly demoted to the rank of a Presidential Adviser for Security Affairs in August 2009.

Last year he was also removed by Bashir from his advisory role for unknown reasons. Some officials have hinted at a power struggle within the ruling National Congress Party (NCP), with others speculating that Gosh had been planning a coup.