Sudan barred from voting at the UN over financial arrears

January 29, 2013 (WASHINGTON) – Sudan has lost its voting rights at the United Nations for failing to pay its dues to the world body. 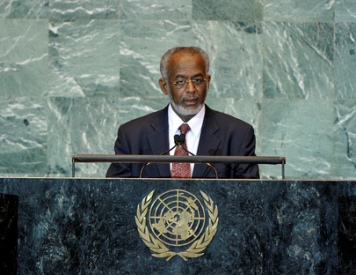 The UN General Assembly (UNGA) reported on its website that as of 21 January there were 15 member states – including Sudan – that are in arrears in the payment of their financial contributions under the terms of Article 19 of the UN charter.

Article 19 of the UN charter states that “a member state in arrears in the payment of its dues in an amount that equals or exceeds the contributions due for two preceding years can lose its vote in the general assembly”.

An exception is allowed if the member state can show that conditions beyond its control contributed to its inability to pay.

In a letter dated 15 January, the UN secretary-general Ban Ki-moon informed the president of the UNGA of the member states that are delinquent under Article 19.

The letter, however, says that these member states can rectify the situation by making a payment “so that they remain below the gross amount assessed for the preceding two full years (2011 and 2012)”.

Under this calculation Sudan needs to disburse $347,879 to have the voting ban lifted.

This month, UN spokesperson Martin Nesirky disclosed that Sudan fell under Article 19 in early 2012 but that sufficient payments were made afterwards to move the East African nation out of it.

Earlier this month, the Sudanese ambassador at the UN Daffa-Alla Elhag Ali Osman vehemently denied his government is behind on its dues, saying Khartoum paid its 2012 dues in full and will soon disburse their 2013 contributions.

Osman stressed that at no point did Sudan lose voting rights at the UNGA assembly. He did not explain why UN figures show otherwise.

Sudan has lost billions of dollars in oil receipts since the South gained independence in mid-2011, and is plagued by soaring prices and a weakening currency, with no economic solution in sight for the bankrupt nation.

Prior to partition, about three-quarters of crude production came from the South and accounted for more than 85% of Khartoum’s export earnings, which reached $7.5 billion in the first half of 2011, according to the World Bank.