February 1, 2013 (WASHINGTON) – The government of Poland announced on Thursday that it has established diplomatic relations with South Sudan. 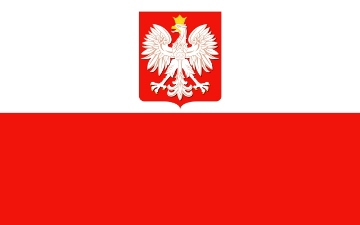 According to a statement on the Polish Foreign Ministry website the document establishing diplomatic relations was signed during a special ceremony attended by its Extraordinary and Plenipotentiary ambassador to Ethiopia Jacek Jankowski, who also accredited to Djibouti and the African Union.

South Sudan was represented by the Undersecretary of of Foreign Affairs and International Co-operation Charles Manyang d’Awol.

“The establishment of diplomatic relations between our countries is a milestone in the development of bilateral ties. It opens up broad possibilities of cooperation in the international arena and makes it possible to successfully support Polish entrepreneurs interested in the local market. It will also facilitate numerous initiatives taken in the framework of Poland’s development cooperation,” Jankowski said after signing the agreement.

The South Sudanese official expressed gratitude to Poland saying that “Polish support will be especially significant in such fields as technology transfer, as well as investments in the fields of infrastructure, energy, and agriculture,” he said.

He also indicated that South Sudan is particularly interested in the offer of youth cooperation.

The statement did not say whether Jankowski will represent Poland in South Sudan or if plans are made to have an embassy there.

South Sudan became an independent state on July 9, 2011 after its citizens voted six months before that to secede from the north.

Poland was among a large number of countries to swiftly recognize South Sudan’s and had its foreign ministry Undersecretary, Krzysztof Stanowski attended the independence ceremony.

October 27, 2021 (KHARTOUM) -  The African Union on Wednesday suspended Sudan's membership in the regional body until a civilian-led government is restored. On 25th...

October 27, 2021 (KHARTOUM) - European, Troika and Switzerland envoys to Sudan said they only recognize the government of Prime Minister Abdallah Hamdok and...
Advertisment