March 18, 2013 (JUBA) – More than half of Northern Bahr el Ghazal state assembly MPs boycotted Monday’s session organised to discuss the recent directive from South Sudan’s president, which demanded that the speaker be reinstated. 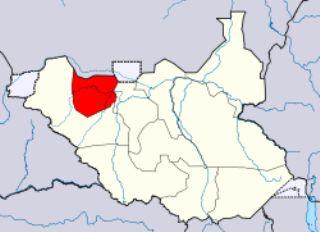 One MP told Sudan Tribune that the boycott was triggered after the state governor, Paul Malong Awan allegedly attempted to use the state parliament as a scapegoat for his controversial decision last year to remove Aguer Wol Aguer.

Legislators attending Monday’ session were reportedly taken aback after they were told to divert from the day’s agenda to discuss Kiir’s directive, which had endorsed a resolution resolution from South Sudan Council of State demanding that the speaker and six other MPs be recalled.

The seven lawmakers from the ruling party (SPLM) were removed from their positions by the state governor.

However President Salva Kiir, in a 22 February letter, asked Awan to unconditionally implement resolutions made by the Council of States.

Awan made no response to the president’s directive, until 16 March, when he delivered the letter to the state assembly for lawmaker to deliberate on it.

Angok Achuol Barjok, state assembly members told Sudan Tribune that the governor, while in the assembly, tried to distance himself from the speaker’s removal, claiming the the issue was an “internal matter of another institution”.

“He wanted to show that he is clever. So he wants the parliament to get into a conflict with the president when in fact it was him who removed the speaker and now wants to deny any responsibility because he feeling the heat which wants to share with the rest”, Barjok asserted.

Barjok said eight lawmakers, himself included, stormed out of the session after they argued that it was unconstitutional for them to discuss the president’s directive in the state assembly.

“Nine of us walked out from the sitting because of the reasons which I have just told you. Those who remained did not complete the quorum even though they invited those who are not supposed to attend the sitting because they have lost parliamentary membership, like [the] town mayor”, he explained.

Santino Mayuat, another member who boycotted the session said the assembly lack quorum given that nine out of the 18 members in attendance had opted out.

However, Daniel Akol Diing, the government chief whip insists voting was “peaceful” and “constitutional”. He said the MPs passed a resolution on the presidential directive, which was conducted in compliance with the State Transitional Constitution.

“The house passed a resolution on the directive of the president which was brought to the members by the state governor. The members voted unanimously to pass a resolution which states that the reinstatement of the six members who were expelled from the party should be preceded by an explanatory letter or directive from the Sudan People’s Liberation Movement (SPLM) head office”, Diing told Sudan Tribune from Aweil by phone.

He said the impeachment of the speaker was the sole responsibility of the state parliament, under the transitional constitution and that the issue was purely an assembly affair.

The resolutions passed on Monday covered the reinstatement of the six members of parliament and the speaker, as well as local reconciliation efforts to ensure that Northern Bahr el Ghazal remains peaceful, Kuany told Sudan Tribune.

Sudan denies reports it suspended cooperation with US special envoy