US to host economic conference on South Sudan

April 5, 2013 (WASHINGTON) – The United States State Department announced on Friday that it will host a conference this month for discussions on economic challenges facing South Sudan and ways to help the country face it. 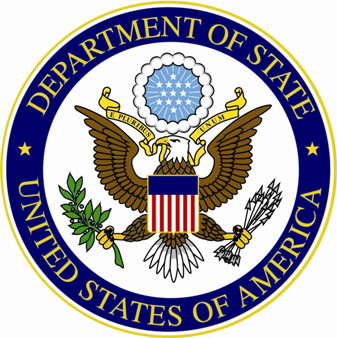 In a press release the US said that the forum taking place on April 16 is held in coordination with the United Kingdom, Norway and the European Union.

“These governments and international financial institutions, including the World Bank, the International Monetary Fund and the African Development Bank, are working with the Government of the Republic of South Sudan to explore concrete options to help bridge the fiscal gap exacerbated by the oil shutdown of the past year, as well as plans to diversify South Sudan’s economy to allow for sustainable long-term growth,” the statement said

The announcement comes weeks after Khartoum and Juba reached an agreement by which oil flow from landlocked South Sudan would resume.

South Sudan, which relied on oil revenues for around 98 percent of income, pumped around 350,000 barrels per day (bpd) before a row over transit fees and Khartoum’s move to seize part of the oil prompted it to shut production last year.

The country which became independent in July 2011 must pump its oil to the Red Sea via a pipeline across former civil war foe Sudan to Port Sudan to sell it on international markets.

Both countries stand to receive billions of dollars that will help ease the sharp economic crisis they faced throughout the oil shutdown.

Yesterday the Sudanese finance minister predicted that Khartoum will receive around $2 billion in transit fees from South Sudan.

The US has been unhappy with South Sudan’s decision to suspend oil production and warned Juba that many western countries are not in a position to bail them out given the global economic crisis.

“A percentage of something is better than a percentage of nothing,” former U.S. Secretary of State Hillary Clinton told reporters about importance of reaching an oil deal last year after meeting with South Sudan president Salva Kiir.

In December 2011 the US hosted the International Engagement Conference for South Sudan in Washington which discussed issues connected to the strategic development priorities of the Juba government and highlighted opportunities for engagement with private and public sector investors.