April 13, 2013 (KHARTOUM) – The African Development Bank (ADB) has pledged to keep up its support to Khartoum government until Sudan’s foreign debt problem is resolved. 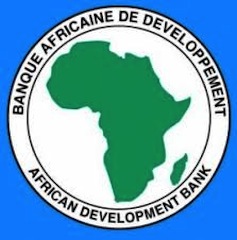 In a joint meeting between Sudan’s under-secretary of finance, Youssef Abdellah Hussein and the ABD’s resident representative in Khartoum, Abdoul Camara, the two parties discussed a framework paper on addressing Sudan’s foreign debt prepared by the Institute of Economic and Financial Studies for South and Central African region.

The paper outlined a roadmap to be adopted by Sudan for solving its foreign debt problem, focusing on technical procedures carried out by Sudan in order to benefit from the Heavily Indebted Poor Countries (HIPC) Initiative.

The report also points out that Sudan has met all technical requirements for solving its external debt problem, as defined in the HIPC initiative designed to the reduce external debt burdens of poor countries.

Last week, the deputy director of the Middle East and Central Asia department at the International Monetary Fund (IMF) Edward Jameel warned that it will be near impossible for Sudan to secure debt relief even if it satisfied technical and economic requirements.

Jameel who led an IMF’s delegation to Khartoum went on to say that Sudan will not be able to benefit from the HIPC initiative despite fulfilling its conditions unless it succeeds in convincing all 55 members of the Paris Club creditor nations whom he said have the power to slash 67% of conventional debt owed by Sudan.

Around three quarters of Sudan’s external debt which amounts to $43.7 billion are owed to the Paris Club of creditor nations and other non-member states. The remaining balance is equally divided between commercial banks as well as international and regional financial bodies.

Several countries such as United States, United Kingdom and Germany have expressed readiness to offer debt relief but political conditions attached will likely slow down the materialisation of the pledges.

Sudan’s economy has been hit hard after the southern part of the country declared independence in July 2011, taking with it about 75% of the country’s oil output.

Khartoum and Juba are still to sort out the issue of dividing the portion of pre-partition external debt each side will carry.

The head of Sudan’s negotiating team on post-secession issues Idris Abdel-Gader stated last month that the two countries agreed to work together to address Sudan’s debt and reach out to donors in a bid to have it written it off within two years.

Abdel-Gader added that if the exemption was not possible, then the only remaining option is to split the debt between the two countries.