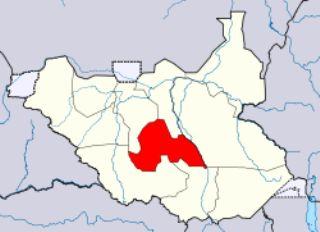 The decision, officials told Sudan Tribune, was taken by the SPLM chairperson in the county, who accused those affected for being “unlawful” to the party constitution and its manifesto.

But the former secretary for political affairs has lashed back at the party chairperson, accusing him of making decisions that were contrary to the party’s constitution.

Kawaja Kau Madol, in an interview with Sudan Tribune, insisted he was still in office and mandated to perform his duties, until proper procedures are followed to warranty his sacking.

The SPLM chairperson at the state level, according to Chapter XIV, Article 48(c), of the draft party constitution, shall recommend the removal of deputy chairperson, secretary, and assistant secretaries to County Liberation Council for approval by simple majority.

“In regard to my case, you did not follow the due process as required by our party constitution and as such you have to be abide by the aforesaid rules”, Madol said in a petition letter obtained by Sudan Tribune.

He however said Chapter III (9)(2) of the SPLM constitution, warns party members against racism, tribalism, political sectarianism, religious intolerance and all other forms of discrimination within the country.

“In my case, I acted within my duties as [a] member of SPLM by discouraging tribalism in fulfillment of those duties”, he stressed.

Meanwhile, a document obtained by Sudan Tribune, shows the SPLM chairperson acted on order “from above” when he signed the documents that led to the Madol’s removal together with the two other party officials.

In a related development, the Lakes state governor, Matur Chut Dhuol has reportedly ordered for the arrest of Malek Majok Agok, SPLM secretary for finance in Rumbek Central county for allegedly opposing the move to sack Madol.

Agok, who was arrested last week, has reportedly been transferred from police custody to the national intelligence security cell located in eastern part of Rumbek Central county.