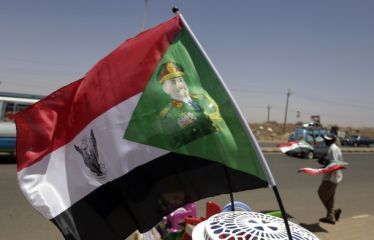 Several pro-opposition websites claimed that Sharfi plans to apply for political asylum in the United Kingdom.

But a diplomatic source at Sudan’s foreign ministry told Sudan Tribune on Tuesday that Sharfi handed over his work to his deputy, ruling out that the move was motivated by political reasons.

The same source described Sharfi as a highly competent diplomat, saying that he has likely requested optional retirement.

However, some of Sharfi’s relatives stressed in a Facebook post that the ambassador was not satisfied with Khartoum’s foreign policy, noting he is a vocal opponent of the ruling National Congress Party’s (NCP) policies.

They also noted that successive foreign ministers deliberately marginalised Sharfi and prevented him from promotion and work abroad, saying he was only promoted after he won the case he filed at the labour court against the former foreign minister, Mustafa Osman Ismail.

According to his relatives, Sharfi did not carry out official diplomatic tasks at the embassy in Kampala and his role was confined to resolving problems facing Sudanese nationals in Uganda.

Sudan’s foreign ministry has seen several defections since the current regime came to power in 1989.

Last year, the Sudanese ambassador to Venezuela, Abdel-Rahman Sharfi, left his post and fled to Canada, while Sudan’s ambassador to Malaysia, Omer Osman, also abandoned his position and left for the United States.