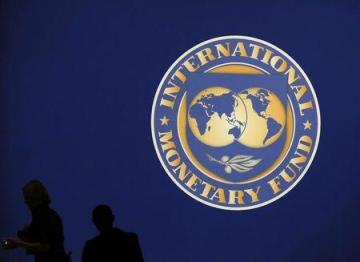 SMP is an informal agreement between a country’s authorities and the IMF to monitor the implementation of the authorities’ economic program. SMPs do not entail financial assistance or endorsement by the IMF executive board.

“Despite the major challenges facing Sudan, performance under the SMP, which expires at end-2014, has been satisfactory,” the IMF said in a statement attributed to its management following the completion of the second SMP review.

“The authorities met all June quantitative targets under the SMP, except for reserve money growth, which the authorities are taking corrective measures to address. On structural reforms, the authorities adopted an amended law on anti-money laundering and combating the financing of terrorism and closed all government accounts in commercial banks. They continue to minimise non-concessional borrowing and maintain satisfactory track record of payments to the Fund as agreed under the SMP. Fund Management welcomes the authorities’ commitment to meeting the program’s objectives,” the IMF said.

The IMF said that it expects non-oil growth to hit 2.9% this year as a result of strong gold extraction and a rebound in agriculture due to favorable weather.

“Inflation is expected to drop to 29 per cent by year-end from 47 per cent in July as the one-off effects of the September 2013 fuel price increases dissipate, monetary policy is tightened, and food prices decline owing to the expected good harvest. The fiscal deficit is expected to narrow to about 1.0 per cent of GDP,” it added.

Double-digit inflation has been one of the most visible features of the Sudanese economy in recent years.

Khartoum cut fuel subsidies last year which almost doubled prices of gasoline and diesel thus triggering some of the worst protests Sudan has seen in years.

The IMF at the time approved of Khartoum’s decision saying that fuel subsidies “disproportionately” benefit the rich but called for “a new package of corrective measures”, including addressing fiscal imbalances and tax reforms.

For next year, the IMF said it expects a solid growth driven by gold, agriculture, and oil.

“The outlook for 2015 has improved but is subject to domestic and regional risks. Real GDP growth is projected at 3.4 per cent supported by a good harvest, robust gold production, and the recovery of oil production,” it said.

Sudanese vice-president appeals to citizens to resume trade in south