August 23, 2015 (KHARTOUM) – The Sudanese president Omer Hassan al-Bashir issued a decree today in which he named a new defence minister to replace Mustafa Obeid who served in this role temporarily following the cabinet reshuffle of last June. 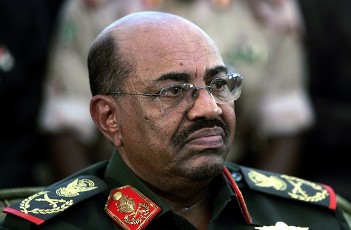 The incoming top military chief General Ahmed Awad Ibn Auf was the former head of military intelligence and also chairman of the joint chief of staff before he was relieved in June 2010.

Following his military tenure, Ibn Auf was chosen to be Sudan’s ambassador in Oman.

He is also on a list of individuals sanctioned by the United States in May 2007 for his alleged role in the Darfur conflict along with other figures.

A U.S. State department Wikileaks cable from 2008 says that Ibn Auf “has acted as liaison between the Sudanese government and the Government-supported Janjaweed militias, which have attacked and brutalized innocent civilians in the Darfur region”.

“He has also provided logistical support for the Janjaweed and directed attacks,” the cable reads.

The appointment comes days after Bashir offered a two month ceasefire to rebels in order to attend the national dialogue process initiated by him in early 2014.

On Sunday, Bashir paid visits to military areas of Khartoum in which he pledged to improve living conditions of army members in terms of pay, housing, health coverage and social services.

The Sudanese leader also reiterated that 2016 will witness the end of the insurgency.

Bashir’s decision to bring a retired general into this position rather than an active service member may suggest his desire to mitigate the risk of a military coup.

He has waited almost three months after the new post-elections cabinet formation in early June to pick a new minister.

Since 2000, Bashir has picked only his closest confidants for this position including his current 1st VP Bakri Hassan Saleh and current governor of Khartoum Abdel-Rahim Mohamed Hussein who held the defence portfolio since 2005 until last June.