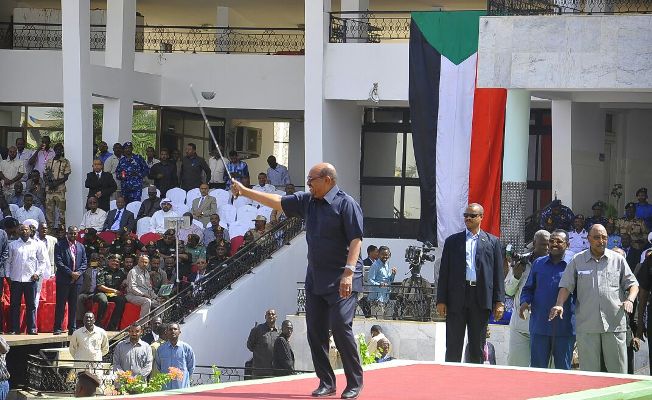 October 17, 2016 (KHARTOUM) – Sudan’s opposition National Consensus Forces (NCF) has considered that the national dialogue outcomes are just part of “conspiracies” hatched by the ruling National Congress Party (NCP) to buy time and polish its international image, stressing that these outcomes mean nothing.

In press statement extended to Sudan Tribune on Sunday, the left opposition alliance NCF said that the internal and external dialogues will be hindered by the mentality of the ruling party which used to thwart the signed agreements and understandings, adding its number has exceeded 40 agreements so far.

“For the Ingaz regime, these agreements mean only to offer jobs for the others to work as employees in its government,” partly reads the statement.

The opposition group reiterated that Sudanese crisis will not be solved unless the regime is toppled, stressing it is the only way to achieve a comprehensive political solution to maintain the national unity and to reach peace and democracy.

During the past months, the alliance suspended some political groups that accepted to participate in an African Union brokered meeting in Addis Ababa with the government and its partners in the internal dialogue.

The statement pointed to the recommendations of the internal dialogue conference particularly the proposed post of prime minister who would implement the political reforms, saying he would be appointed by the president and also will be accountable before him.

The national dialogue’s outcomes have been designed mainly to extend the regime’s life and empower the president, who will also appoint the chief justice and security apparatus would be attached to the presidency, further said the statement.

The opposition alliance further said that the outcome of the dialogue conference does not affect the basic structures of the regime and does not bring any change to the economic and social policies of the regime.

The Sudanese warring parties in the Two Areas and Darfur signed the Roadmap Agreement proposed by the African Union mediation led by the former African Union President Thabo Mbeki in March and August.

However, the two sides failed to sign a cessation of hostilities and humanitarian access agreement. The two deals, if signed would be followed by a meeting on the confidence building measures that should create a conducive agreement for an inclusive constitutional conference.

The armed and political opposition groups propose that the internal dialogue conference be considered as the first phase, but President al-Bashir vowed to wage war on the rebel groups and to involve only those who accept the resolutions of Khartoum conference.