May 22, 2017 (WAU) – Authorities in Gbudue, one of South Sudan’s new states, have closed the border with the Democratic Republic Congo (DRC). 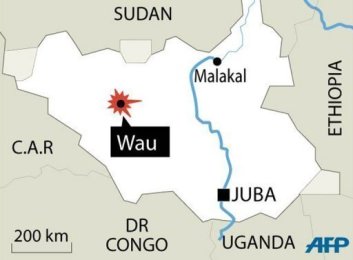 The state deputy governor, Lino Utu said the move came in the wake of the recent declaration of an Ebola outbreak in DRC.

Health officials in the state had earlier formed a task force to monitor common borders following an Ebola outbreak in neighbouring DRC.

According to the deputy governor, authorities also issued an order, banning border land crossings from the DRC, through Ezo county and called for urgent intervention from World Health Organization.

The state health minister Hussein Enocka confirmed the border closure, saying a medical team was sent to the border with DRC.

Ebola, according to the U.S. Center for Diseases Control and Prevention, is a viral hemorrhagic fever of humans and other primates caused by ebolaviruses. Its signs and symptoms start between two days and three weeks after contracting the virus with fever, sore throat, muscular pain and headache.

Sudanese Beja tribes not against deployment of peacekeepers-UN