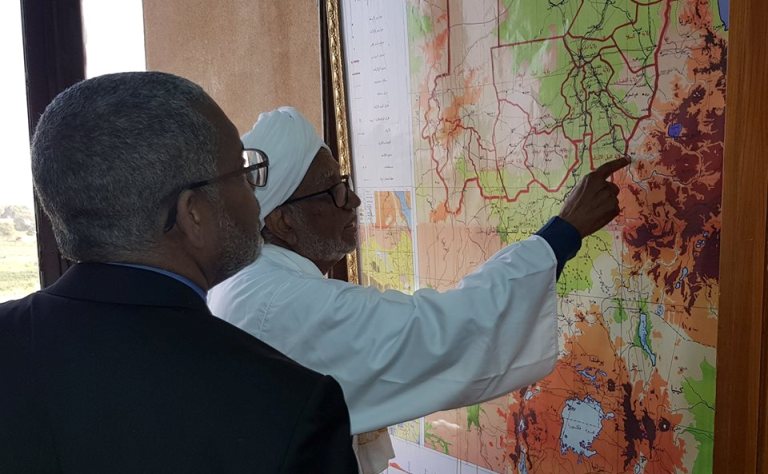 February 19, 2019 (PARIS) – The Sudanese Professionals Association (SPA) which orchestrates the protests across Sudan welcomed statements by Special Assistant to the U.S. President Cyril Sartor on the need to ensure freedoms in Sudan.

Sartor who is also Senior Director for Africa at the National Security Council (NSC) was Monday in Sudan for talks with Sudanese officials on bilateral relations and the ongoing process for Sudan removal from the state sponsors of terrorism list.

The visiting official said he understands that “Sudan is going through a complex transition” and called on the government to ” respects the right of people to express themselves peacefully”. Also, he stressed that “there are no external solutions to be imposed on Sudan”.

Commenting on the visit of the American official, Mohamed al-Asbat, member of the SPA media committee welcomed Sartor statements saying they appreciate his position particularly his call to ensure freedoms.

“Sator’s speech indicates to a qualitative shift in the attitude of the US administration towards the revolution of freedom and change,” said Al-Asbat who pointed to the different statements from the U.S. State Department condemning the excessive use of violence against protesters.

“It is true that he did not support the revolution of freedom and change (…). But this statement is a very good indicator confirming that the revolution achieved victories and gain the confidence and respect of the international community,” he stressed.

Last November, Khartoum and Washington signed a framework agreement for Sudan removal from the list of countries supporting terrorism, accordingly Khartoum has to ensure freedoms and fundamental democratic reforms.

Several days ago, U.S. Secretary of State Mike Pompeo expressed hope that calls by Sudanese people for regime change will be heard.

Since last December, the Sudanese government has been facing unprecedented protests calling for the resignation of President Omer al-Bashir. But the latter refuses this demand saying the opposition has to prepare for the general election in April 2020.