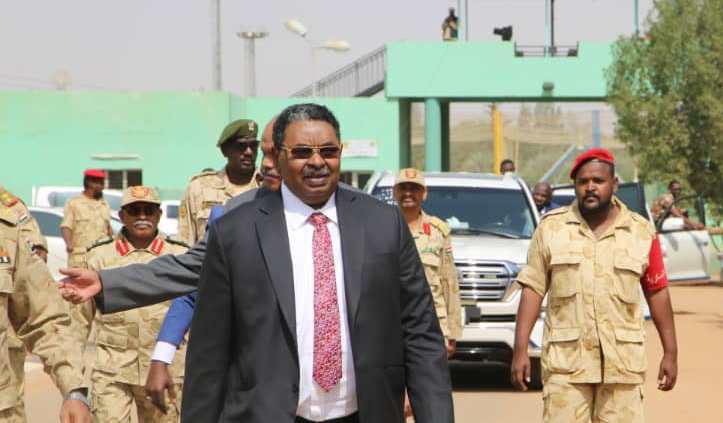 May 21, 2019 (KHARTOUM) – Security guards of the National Intelligence and Security Services (NISS) prevented the Sudanese police from entering the house of Salah Gosh, the former director-general of the agency, following an arrest warrant.

The Public Prosecutors Club said in a statement Tuesday that the incident took place on Monday 20 May 2019 following a warrant for Gosh’s arrest and search of his house issued by the prosecution after a criminal case before the anti-corruption agency.

The force charged with guarding Gosh house, belonging to the NISS, refused the enforcement of the order and claimed that it had not been received such instructions. Further they “resisted the execution of the warrant and threatened to use the firearm.”

Gosh’s arrest warrant was issued to interrogate him on a banking account of 46 billion Sudanese pounds ($ 1 billion) of which he was the only one to be empowered to issue payment orders.

Gosh was a member of the military council that ousted al-Bashir in April, but he resigned immediately after the takeover.

Recently the Council spokesperson said the former NISS director had been placed under house arrest in Khartoum.

But news reports published in Khartoum on Monday said he is currently outside the country. He reportedly was in Washington before to head to the United Arab Emirates.

Al-Youm Altali newspaper said that during his visit to Washington he met with officials of the U.S. intelligence agency brief them about the situation in Sudan.

The Prosecutors condemned the behaviour of the guards of Gosh’s house and described it as a blatant violation of “the law and the sovereignty of the state by the forces of the National Intelligence and Security Services.”

They further called to dismiss the current NISS head and to restructure the agency, as well as “investigating this incident that affects the independence of the public prosecution.”