Machar did not give up his position in South Sudan’s govt to his wife: official 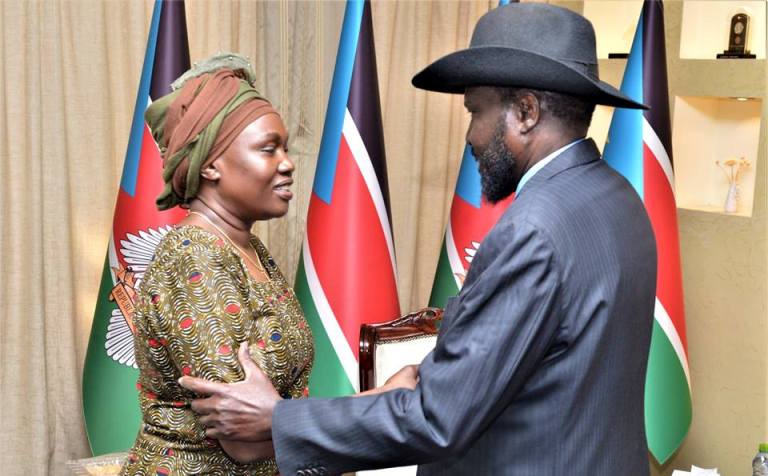 September 25, 2019 (JUBA) – The leadership of South Sudan’s main armed opposition has denied reports claiming Riek Machar has decided to give up his position in the upcoming transitional government to his wife, Angelina Teny.

The reports, according to a statement by Puok Both Baluang, director for information and Public Relations in the office of the leader of the armed opposition, are an embodiment of “propaganda and fake”.

“The SPLM/SPLA (IO) would like to assure members, the People of South Sudan and the public at large, that this is mere propaganda and wishful thinking. H.E. Dr Riek Machar Teny-Dhurgon has not taken such decision,” Puok said in a statement released on Wednesday.

“Dr Machar is still South Sudan’s designated First Vice President as stipulated in the Revitalized Agreement on the Resolution of the Conflict in South Sudan (R-ARCSS),” he stressed.

In addition, he called on the SPLM-IO members to be vigilant towards this “malicious propaganda and fake news by our partners in peace”, pointing it aimed at creating division in the Movement.

In statements to Sudan Tribune, the SPLM-IO Director for Information and Public Relations went further to claim that the office of the president but also opposition leaders are behind the fake news.

However, he avoided naming any opposition official.